Spain admitted 18 refugees from Greece so far as part of 15,000 pledged 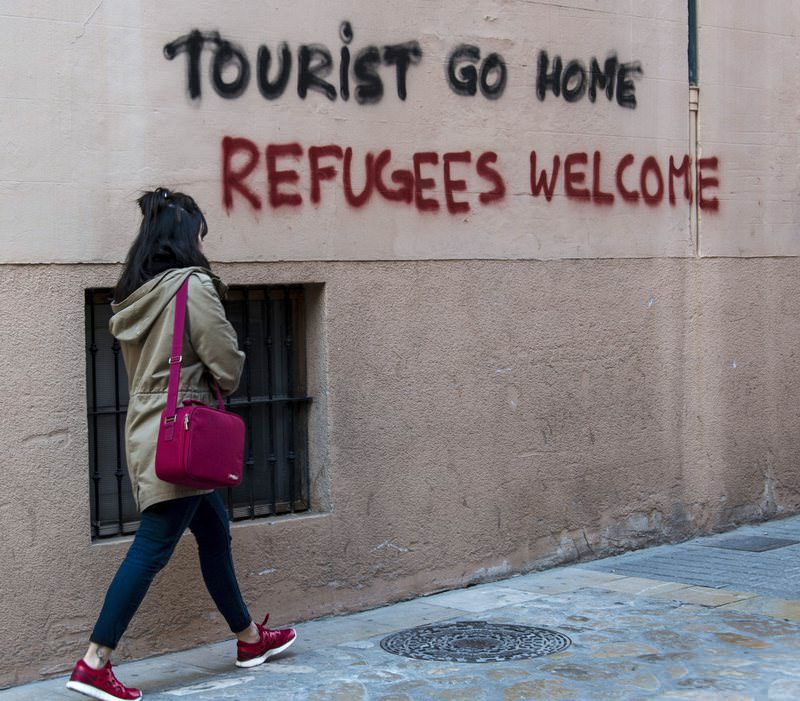 Last September, Spain pledged to bring in around 15,000 refugees from Greece and Italy, but more than half a year later only 18 have arrived.

This year not a single refugee has been relocated to Spain, points out a European Commission report released this week. This comes despite a commitment by Madrid to take in 467 new refugees before the end of March.

"EU member states need to urgently deliver on their political and legal commitment to relocate persons in need. We cannot be satisfied with the results achieved so far," said Dimitris Avramopoulos, EU commissioner for migration, home affairs and citizenship.

Spain is not alone in Europe in the failure to provide relocation to refugees-so far, the EU has only relocated 1,145 refugees in total.

Turkish officials have often unfavorably compared the EU member states taking in only thousands of Syrian refugees next to the 2.5 million hosted by Turkey.

Portugal, which is four times smaller than Spain, has taken in 181 refugees, and smaller, non-EU countries like Switzerland, Iceland, and Liechtenstein have taken in many more. The EU report also shows that Hungary, Poland, Slovakia, and Slovenia haven't taken in any relocated refugees.

The Spanish government has blamed red tape and an overly complex EU process for why the process has come to a standstill, but opponents criticize the government for lacking the political will. The mayor of Barcelona, Ada Colau, has repeatedly said her city is ready to welcome refugees and has expressed her frustration at not being able to.

"We are part of the solution, we have expertise and are willing to help? It's regrettable that sometimes local governments are not taken into account," she said earlier this month.

"Spain has all the conditions necessary to increase the numbers," said Francesca Friz-Prguda, the head of Spain's UN Refugee Agency. She asked Spain for "a greater responsibility and commitment" to the refugees.

"Relocation efforts have to be increased dramatically to reply to the urgent humanitarian situation in Greece and to prevent any deterioration of the situation in Italy," said Avramopoulos, adding that with last month's EU-Turkey agreement and its 1:1 mechanism, it is even more urgent to deliver on resettlement commitments.

Of the world's 28 richest countries which don't border Syria, only Canada, Germany, and Norway have taken in more Syrian refugees than their "fair share", according to a recent Oxfam report.