Battle lines drawn as Britain squares up for EU vote 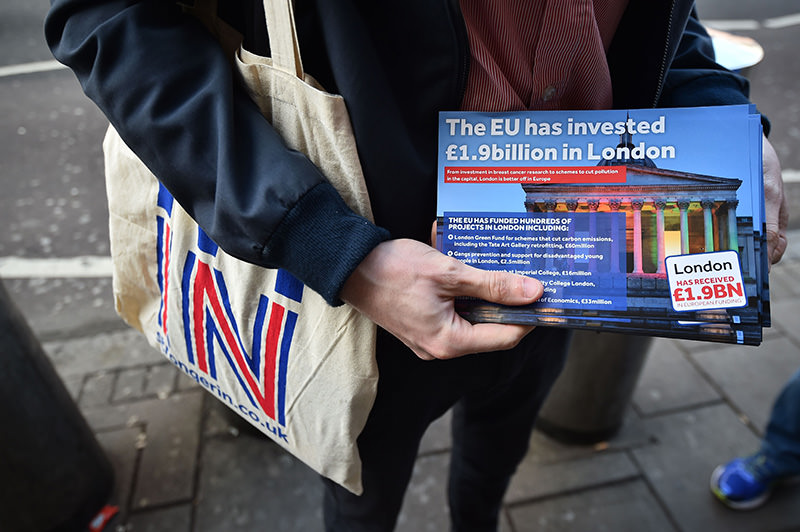 Activists hit the streets yesterday for the first official day of campaigning over the U.K.'s "Brexit" referendum, firing the starting pistol on a tense 10-week battle over Britain's future in the EU.

Opinion polls suggest the British public is evenly split ahead of the June 23 vote, which could bring down Prime Minister David Cameron and plunge one of the world's leading economies into uncertainty.

The referendum, Britons' first direct say on the divisive issue of the EU in more than 40 years, is also being nervously watched in Washington and Brussels, where a Brexit would add to a long list of EU crises. "We absolutely think we're going to win it," Peter Reeve, a spokesman for the U.K. Independence Party (UKIP), told Agence France-Presse (AFP) as he campaigned in Peterborough, a market town in eastern England where an influx of Eastern European workers has angered many locals.

In the "Remain" corner is Cameron, who says Britain has a "special status" within the EU thanks to a renegotiation he sealed in February, and that the country will be richer and stronger if it stays in.

The "Remain" and "Leave" camps are now even at 50 percent support, according to an average of polls run by academics at the What UK Thinks project, with around one-fifth of voters undecided. Both camps planned dozens of events across Britain to launch their campaigns, mobilizing volunteers to hand out leaflets in a bid to win over fellow Britons.

The "Remain" camp can also count on the support of U.S. President Barack Obama, who will go to London next week to join an international chorus of leaders imploring Britain not to leave the European Union. The White House believes the United Kingdom is better off economically and politically if it stays part of the EU – a candid argument Obama will likely make during a news conference and a town hall with young Britons.

Cameron is confident of winning the poll, despite deep divisions within his Conservative party on the EU. Global bodies such as the International Monetary Fund (IMF) have also warned that a Brexit could damage the country.