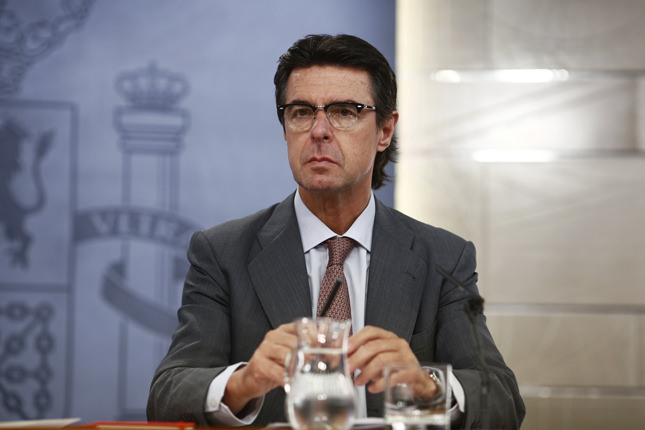 Spain's industry minister has quit after being linked to offshore companies in tax havens.

The scandal engulfing Jose Manuel Soria had been snowballing since he was identified by Spanish media on Monday in the Panama Papers, a trove of 11.5 million leaked documents from a Panama-based law firm that showed offshore business dealings.

His name was spotted amid thousands others as the director of a Bahamas-based company called U.K. Line Limited in 1992.

Soria announced on Friday that he is "leaving behind all political activities," including his posts as a congressional deputy and the president of the Popular Party in the Canary Islands.

Initially Soria denied his links to this company, saying his name in the documents was a mistake: "I can say to you that I totally and resoundingly refute that I might have anything to do with any company registered in Panama or in any other tax haven," he told Spanish television on Monday.

However, on Thursday another bombshell pushed Spain's industry minister to the edge. Spanish media gained access to the documents showing Soria was also the administrator of a company registered in the British Channel Island of Jersey until 2002.

Prior to this week's revelations, Soria had taken a tough stance against tax havens. On April 7 he told Spanish media that anyone named in the Panama Papers "has to come out immediately to justify what is going on... those things need explaining straight away".

By Friday morning it was he who had to explain. In a resignation letter he wrote that he decided to step aside "in the light of the chain of errors committed over the last few days.

"Politics is an activity that must at all times be exemplary both in its pedagogy and its explanations. When that does not happen, the corresponding responsibilities must be accepted."