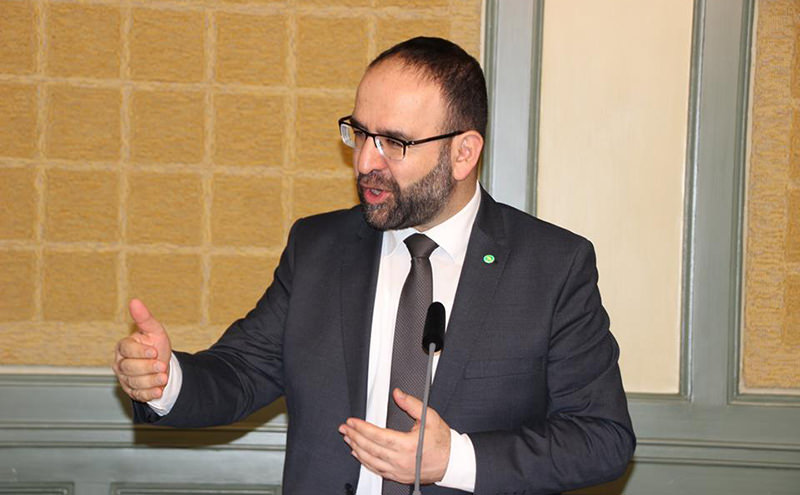 | AA Photo
by Compiled from Wire Services Apr 18, 2016 12:00 am
Sweden's Housing Minister Mehmet Kaplan will resign following comments where he likened Israel's treatment of Palestinians to what happened to Jews in Nazi Germany, the prime minister said on Monday.

The comments that daily Svenska Dagbladet first reported last week were made in 2009, before Kaplan entered the newly formed centre-left government to represent the minor coalition partner the Green Party in 2014.

Mehmet Kaplan, a 44-year-old Green Party member and former spokesman of Sweden's Muslim Council, said Monday he has done nothing wrong but was resigning because the criticism against him was interfering with his ability to perform his job.

Kaplan came under pressure after Swedish media published photos showing him dining with Turkish Swedish leaders, including the local leader of the Gray Wolves, a nationalist group.

Kaplan told reporters his resignation was "not a confirmation of reports about me that I consider wrongful. I know who I am and what I have done."

The resignation comes amid reports of tensions within the centre-left minority coalition government of Prime Minister Stefan Lofven's Social Democrats and the Green Party.

The coalition had already been strained by an asylum crisis last year. Deputy Prime Minister Asa Romson of the Greens was close to tears when tougher asylum policies were presented late last year and criticism from within her party has been fierce.
Last Update: Apr 18, 2016 3:06 pm
RELATED TOPICS