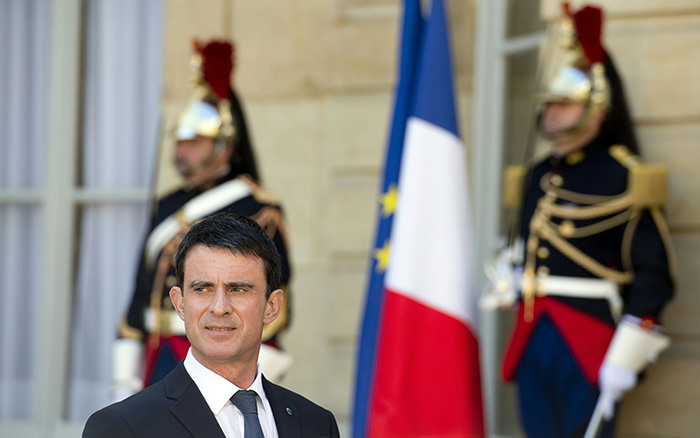 The French government announced its plans to extend the state of emergency in place to maintain security through the Euro 2016 soccer tournament. It seems that heightened safety concerns surround the tournament in the country amid strict security measures

The French government said Wednesday it would seek a new extension of a post-attacks state of emergency to cover this summer's Euro 2016 football tournament and the Tour de France, drawing criticism from rights defenders and heightening safety concerns for Euro 2016.

As there has been already a fear of the heightened terror threat and several extremists said they originally wanted to attack the tournament, more security concerns surround the hotly anticipated Euro 2016 tournament.

While Belgium said early this week that they have large amounts of intelligence signing that there are more militants who want to return to Europe from Syria to conduct further attacks, security concerns seem to have risen as Euro 2016 will be held in Paris – a city where a number of attack simulations and the extensive state of emergency still continue.

The Stade de France national stadium north of the capital, which will host the opening match and the final, was the site of a suicide bombing on Nov. 13, 2015. Other shootings and suicide bombings took place near the center of Paris at the Bataclan music venue and at cafes.

Security arrangements already planned for Euro 2016 are stricter than usual. The average stadium security presence will be 900 strong, plus 200 volunteer ushers and 80 medics – about 30 percent more staffing than at normal matches of the kind.

The Euro 2016 tournament will run from June 10 to July 10, and the Tour de France cycling race is set for July 2 to July 24. Organizers say some 2 million visitors are expected during Euro 2016, in which 24 national teams will compete. The Tour de France, which attracts millions of spectators along its route, will cover 3,519 kilometers this year. The authorities have launched a series of exercises to prepare for possible attacks during Euro 2016, which will see matches in several big cities including Bordeaux, Lille and Marseille besides Paris.

On Tuesday, the French special forces conducted a drill at Montparnasse, one of the busiest train stations of Paris, and trained for a hostage scenario or an attack targeting fans outside a stadium, Sky News reported. Two weeks ago, the French newspaper Liberation reported that one of the arrested terrorists in Brussels told Belgian investigators that the group was planning to target the Euro 2016 football championships.

Meanwhile, rights defenders lashed out at the French government for extending the state of emergency. "The state of emergency cannot be a permanent state," Prime Minister Manuel Valls insisted. "But for these major events … we need to have these powers, these possibilities, under the control of a judge, under the control of parliament, to allow for the best response in the face of terrorism," he said on French radio.

The French Human Rights League (LDH) reacted swiftly, warning that the government was becoming "hooked on the state of emergency" and other "exceptional measures." "It reflects … a desire to condition us to living under this regime, hoping that the women and men of this country will forget that the defense of our freedoms is another essential way of fighting terrorism," the LDH said in a statement.

The measure boosting security powers, imposed following the Nov. 13 extremist attacks that left 130 people dead in the French capital, was already extended by three months in February until May 26. The emergency policing powers allow the interior ministry to place under house arrest any person whose behavior is considered "a threat to security and public order" and to order searches of homes at any hour without involving a court. Lawmaker Pouria Amirshahi also spoke out against the move for a new extension, saying the state of emergency "accords exorbitant prerogatives to the administration, the interior ministry and the police … which is incompatible with the republican spirit." On the other hand, Christian Estrosi of the right-wing Republicans Party said emergency powers should continue "as long as we are at war, as Manuel Valls said."

United Nations rights experts and the Council of Europe have also said the measures undermine democratic principles. The Council of Europe's human rights commissioner, Nils Muiznieks, has raised concerns about ethnic profiling of suspects facing police searches. And a panel of U.N. human rights experts said the measures placed what they saw as "excessive and disproportionate" restrictions on key rights.

Since they were imposed in November, some 3,500 searches have been conducted and 743 arms including 75 military weapons have been seized, government spokesman Stephane Le Foll said Wednesday. The operations have led to 56 suspects being taken into custody and 69 people being placed under house arrest, he said.

On Nov. 13, 2015, France was hit by its worst terror attack since World War II and 130 people died while hundreds were wounded. After the attack, France imposed strict security measures. A national state of emergency was announced, thousands of troops were deployed, tourist sites were closed down and dozens of suspects were detained.