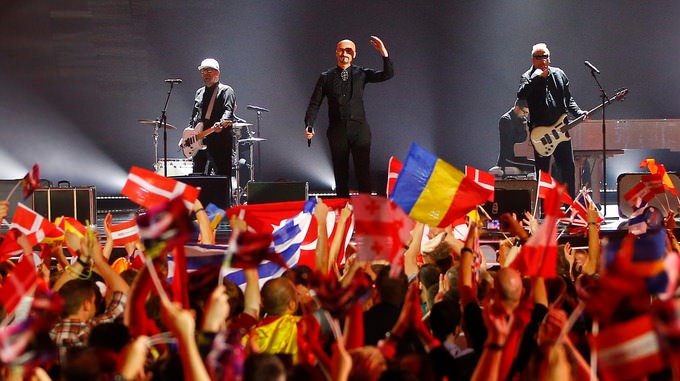 | Reuters Photo
by Apr 22, 2016 12:00 am
The upcoming Eurovision Song Contest will be one act short, as Romania was dropped Friday from the line-up over unpaid debts to the European Broadcasting Union (EBU), organizers said.

The EBU, which groups 73 public broadcaster in 56 countries, said Romania had failed to meet a Thursday deadline for payments from Romania's Televiziunea Romana (TVR) that had run up debts totalling 16 million Swiss francs (16.4 million dollars).

"TVR will now no longer be able to participate in the 2016 Eurovision Song Contest and will lose access to other EBU member services including the Eurovision News and Sports News Exchanges," the Geneva-based EBU said.

The decision means that Ovidiu Anton will not perform in the May 12 semifinal Romania's entry Moment of Silence that he wrote and composed, Swedish host broadcaster SVT said.

"We were given advance warning from the EBU that this could occur and planned accordingly," Martin Osterdahl, executive producer for the competition told SVT.

"We will adjust the running order and dress rehearsal schedules, and continue to work on the production for the 42 participants," he added.