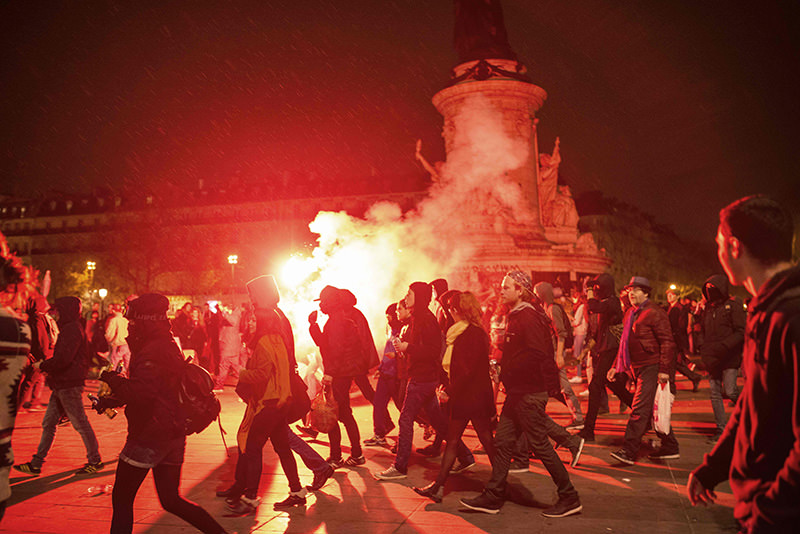 Overnight clashes between French police and about 100 people have led to 12 arrests in eastern Paris.

The Paris police said the clashes took place from Friday night to early Saturday around the Place de la Republique on the sidelines of the "Night Rising" protest movement. A police car was set on fire and projectiles were thrown at police. The police used tear gas to disperse the crowd around 2 a.m. No injuries were reported.

Over the past few weeks, there have been several such flare-ups on the sidelines of the youth-led "Nuit Debout" (Up All Night) gatherings, which began on March 31 to protest the government's proposed labour reforms and have since grown to encompass a range of grievances, from the plight of migrants to tax evasion.

The latest arrests bring to nearly 50 the number of people detained around Place de la Republique since the start of the "Nuit Debout" movement.

Police warned of the "renewed, and worsening acts of violence" after the sit-ins, which have been likened to the 2011 Occupy camp on Wall Street and the anti-austerity Indignados movement in Spain.