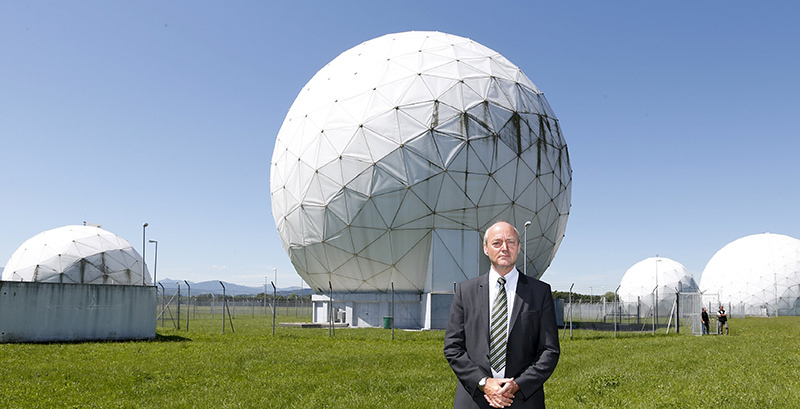 President of the German Federal Intelligence Agency (BND) Gerhard Schindler stands at the former monitoring base of the National Security Agency (NSA) in Bad Aibling (Reuters Photo)
by Apr 27, 2016 12:00 am
The German government plans to announce the appointment of Bruno Kahl, a high-ranking Finance Ministry official, as the new head of the country's foreign intelligence agency, unnamed security officials told the German Press Agency DPA on Wednesday.

Kahl, a close confidant of Finance Minister Wolfgang Schaeuble, will replace the current head of the Bundesnachrichtendienst (BND), Gerhard Schindler, who is being pushed out for reasons that are not yet known.

The handover is due to be completed in July.

An official announcement by Chancellor Angela Merkel's chief of staff, Peter Altmaier, is expected around noon.

Schindler, who is two years away from retirement, came under fire last year when it emerged that his agency had spied on European partners at the request of the US National Security Agency.

The leadership change at the BND comes after terrorist attacks in Brussels raised questions about intelligence cooperation between European nations. Germany has not suffered a major terrorist attack on its soil.
Last Update: Apr 27, 2016 12:03 pm
RELATED TOPICS