Merkel warns of 'return to nationalism' unless EU borders protected 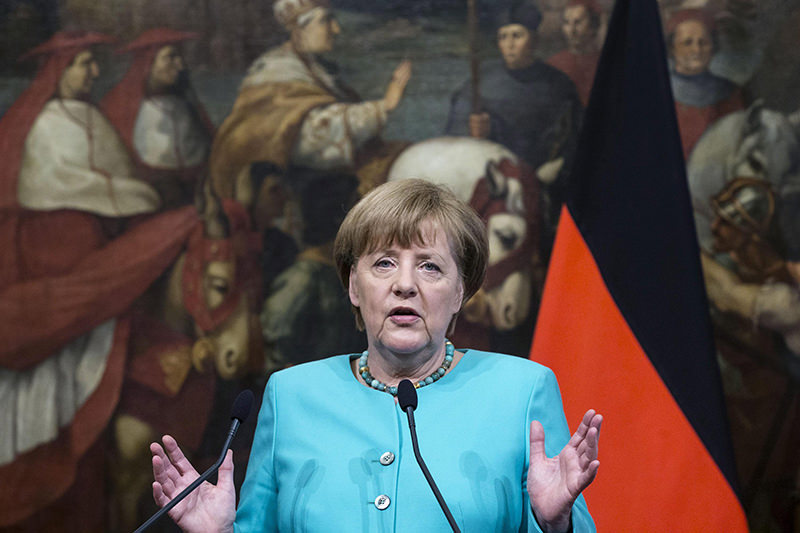 Border defence represents a "challenge for the future of Europe" from "the Mediterranean to the North Pole", Merkel told a joint press conference in Rome with Italian Prime Minister Matteo Renzi.

She said "freedom of movement" in Europe is at stake as the continent battles with its worst migration crisis since World War II, with the future of the Schengen passport-free zone hanging in the balance.

Renzi, who fears a renewed influx of migrants to Italy, stressed the need for "a strategy for Africa" following the shutdown of the Balkan migrant route and an EU-Turkey deal to stem the flow of people across the Aegean Sea.

"We are not in agreement on the form of financing" for a new migrant deal proposed by Italy, Renzi said, adding that Germany is against using eurobonds to offer finance to African countries that have seen large numbers of people set off for Europe.

"The important thing is to invest in Africa," Renzi said, in a bid to lessen the poverty that drives many migrants to leave home in the first place.

"Italy is in favour of a long-term strategy and it is the European Union that must take the lead," he added.