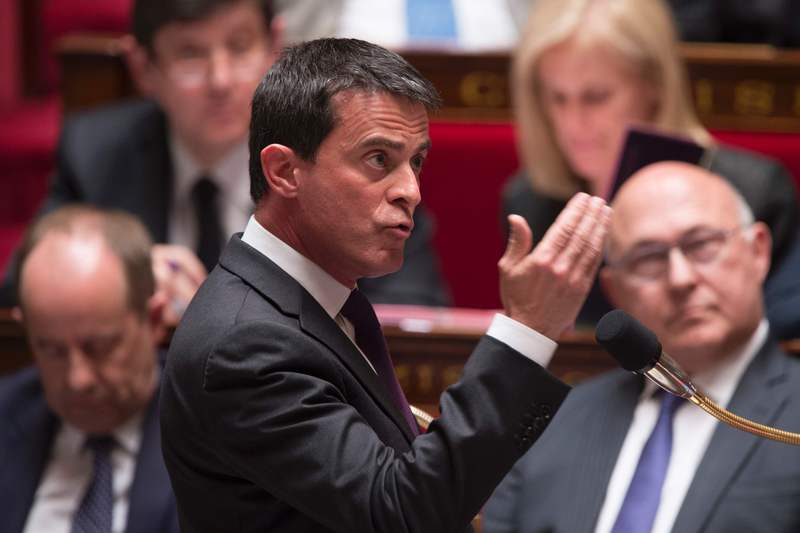 French Prime Minister Manuel Valls accused the presumptive US Republican presidential nominee Donald Trump of being a "bad man" Friday, having previously criticised him over his views on Muslims.

Trump's win in Tuesday's hotly contested Indiana primary, pushing his remaining rivals out of the race and leaving him as the presumptive nominee, has drawn criticism at home and abroad, including from within the Republican party.

"Look at what is happening in the United States, we have great challenges but at the same time...," he said before being interrupted by his interviewer from France's Public Senat channel, who suggested: "Little men?"

"Yes, yes, yes, yes. Little men," said Valls during the interview, seen by AFP ahead of its broadcast on Friday evening.

When asked if Trump was a "little man", Valls said: "Yes, and probably a bad man."

He said that populism had grown as democratic societies struggled to confront the challenges of globalisation and terrorism, hinting at France's own experience with the growth of the far-right National Front (FN).

Valls has previously criticised Trump, accusing him on Twitter of "stoking hatred" in December following the real estate mogul's suggestion that Muslims be banned from entering the USA.

Trump's path to Tuesday's victory was defined by a brutal primary campaign and a string of insulting remarks about other candidates, Muslims, Mexicans, refugees, women and others made by the billionaire businessman.