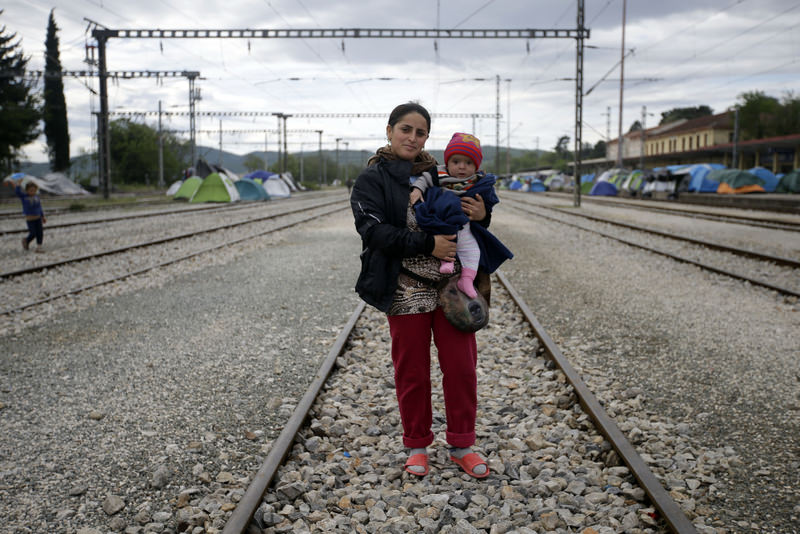 Germany recorded a steep decline in asylum seeker arrivals in April, official data showed yesterday, after the closure of the popular route used by migrants through the Balkans.

Some 16,000 migrants arrived in April, down almost a quarter from 20,000 in March, and nearly a 90-percent plunge from December when 120,000 arrivals were recorded. Syrians made up the biggest group of newcomers, with 2,724 applicants in the month. Afghans were the second largest group with 2,063 migrants, followed by Iraqis with 1,853 arrivals.

The mass influx sparked a backlash in Germany - which has since reintroduced temporary border controls and taken other steps to reduce numbers - and in eastern Europe, where a string of Balkan countries in early March shut their borders to refugees flocking in from Greece. Support for the anti-immigrant and anti-Islam party Alternative for Germany (AfD) has surged and dozens of anti-immigrant rallies have been conducted in the country.

In fact support for far-right populist parties across Europe has been recently surging especially over fears of a refugee influx fleeing violence and persecution in the Middle East and Africa. Political parties like the AfD in Germany or Front National (FN) in France have adopted a strong anti-immigrant and anti-Muslim discourse. Anti-immigration sentiments and xenophobia have become more visible in the country as a result of the efforts of anti-Islam and anti-immigrant initiatives like PEGIDA that have staged anti-immigrant rallies and drawn thousands of people throughout Europe.

According to the plan, irregular migrants are determined by Irregular Migration Monitoring Units composed of immigration and liaison officers and carried out via checkpoints mainly on the islands of Lesvos, Chios, Samos, Leros and Kos.

Irregular migrants that have crossed to Greek islands from Turkey will be evacuated from Greek territory and sent to Turkey to be readmitted into the country. This is when the refoulment process kicks in; for every Syrian refugee received from the Greek islands, Turkey will send a Syrian asylum seeker to Europe to find a home and be settled in the EU. The transfer and the extradition of the refugees will be funded by the EU, and the whole progress will be reviewed by both sides on a monthly basis.
RELATED TOPICS