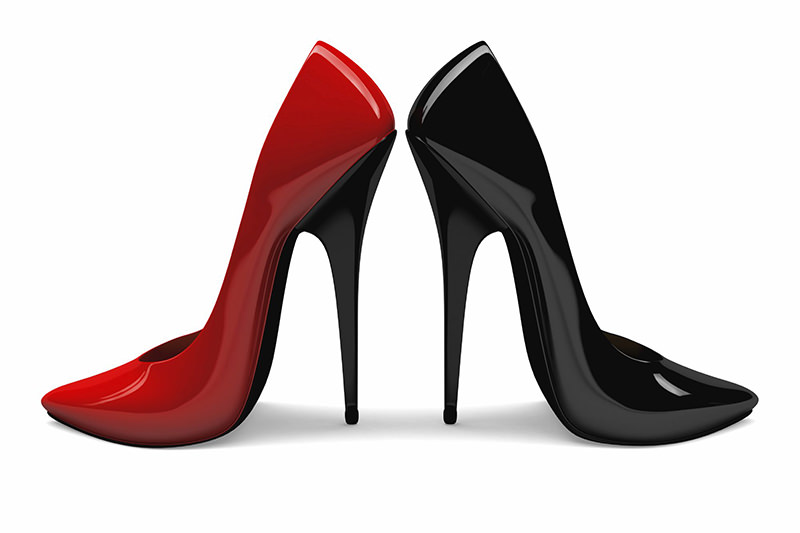 A British receptionist who mustered public support after she was sent home from work for refusing to wear heels has been vindicated.

Nicola Thorp, 27, had been told in December that her flat shoes were unacceptable in London while on assignment. She was sent home without pay after refusing to change her shoes.

Ms. Thorp had signed the company's appearance policy, which mandated female employees to wear between 2 and 4-inch heels.

Thorp said that she struggled to work a full nine-hour day in the shoes and questioned whether male employees were required to do the same.

But she fought back, writing up an online petition asking for it to be made illegal for employers to require female workers to wear heels at work.

Thorp's petition against forcing women to wear high heels at work topped more than 100,000 signatories on Thursday, meaning it will be considered for debate in parliament.

The petition was launched on Monday by Nicola Thorp, 27, who turned up to work at consultancy PwC in December in flat shoes, but was told she had to have two-to-four-inch (five-to-10-centimetre) heels.

"Make it illegal for a company to require women to wear high heels at work," the petition is titled.

"It's still legal in the UK for a company to require female members of staff to wear high heels at work against their will," it says.

"Dress code laws should be changed so that women have the option to wear flat formal shoes at work, if they wish. Current formal work dress codes are out-dated and sexist."

Thorp, an actress between jobs, was employed as a temporary worker by Portico, PwC's outsourced reception firm.

Portico said Thorp had "signed the appearance guidelines", but said they had now changed their policy to make it clear that flat shoes were allowed.

Simon Pratt, the managing director of the Portico employment agency, said Wednesday night the firm had changed its policy to allow workers to wear flat shoes if they prefer.

Companies can tell employees what to wear for reasons including health and safety, and maintaining a corporate image.

Thorp told the BBC: "The supervisor said... 'we only have women in heels at reception', and I said, 'well, I think that is ridiculous'.

"I pointed to a male colleague and said, 'well, he is wearing flat shoes, why can't I?', and of course that is laughed at.

"They then said to me, 'you can go out and buy a pair of heels if you like, we will let you work'. I refused and was sent home."

After passing more than 10,000 signatures, the petition is already due to receive a government response.