Police arrest over 100 people at anti-coal protest in Germany 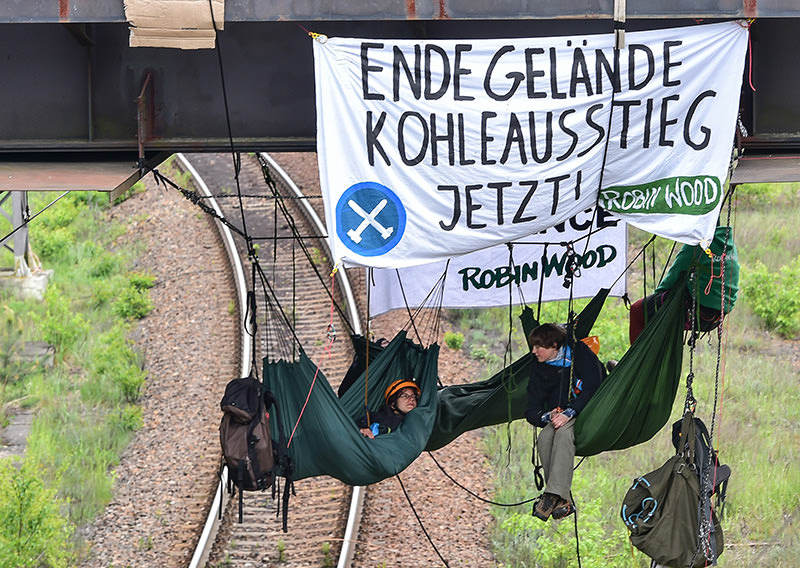 German police say they have arrested more than 100 people demonstrating against a coal mining in eastern Germany.

Cottbus police say the protesters were among about 300 people who had forced their way onto the site of the Schwarze Pumpe coal-fired power plant late Saturday. Two protesters were injured during the police operation, which was continuing Sunday.

The protest was organized by the groups Klimatecamp (Climate Camp) and EndeGelaende, which loosely translates as "it's finished now." Their goal is to prevent the mining and use of coal, which is considered a major source of carbon emissions that are contributing to climate change.

The German news agency dpa quoted the plant operator, the Swedish company Vattenfall, as saying the protest is preventing supplies from reaching the power station.