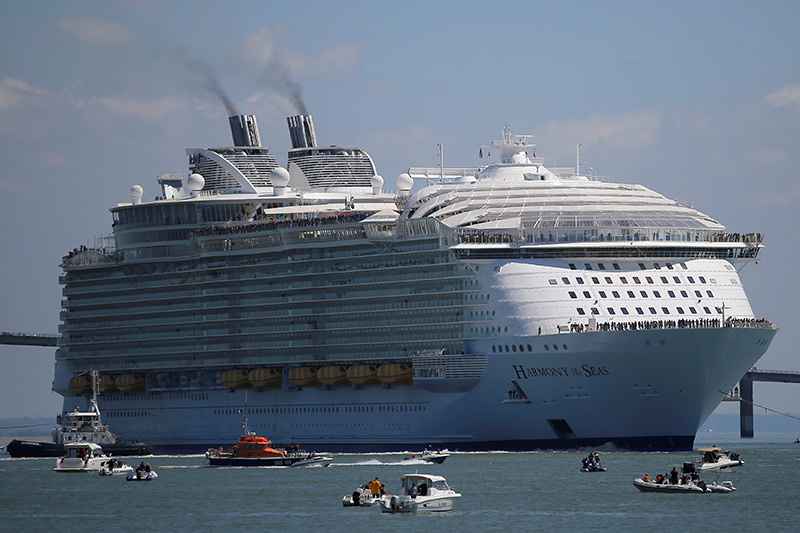 Tens of thousands of people turned out Sunday in France to see off the world's biggest-ever cruise ship, the 120,000-tonne Harmony of the Seas, as it set sail for the first time.

At 66 meters (217 feet), it is the widest cruise ship ever built, while its 362-metre length makes it 50 meters longer than the height of the Eiffel Tower.

As the massive boat pulled away from a shipyard in Saint-Nazaire, where it was built on France's Atlantic shore, some 70,000 people watched from along the coast, local authorities said.

The crowd waved, cheered and clapped as the boat -- built for the US-based Royal Caribbean Cruises Ltd (RCCL) -- eased away from France.

"It's gone," said Christine, who did not give her full name. "We watched it develop and grow over three years. It's like a child leaving home."

The floating town, which cost close to one billion euros (dollars), has 16 decks and will be able to carry 6,360 passengers and 2,100 crew members.

The ship is headed for Southampton in southern England and is to embark on its official maiden voyage on May 22 to its new home port of Barcelona.