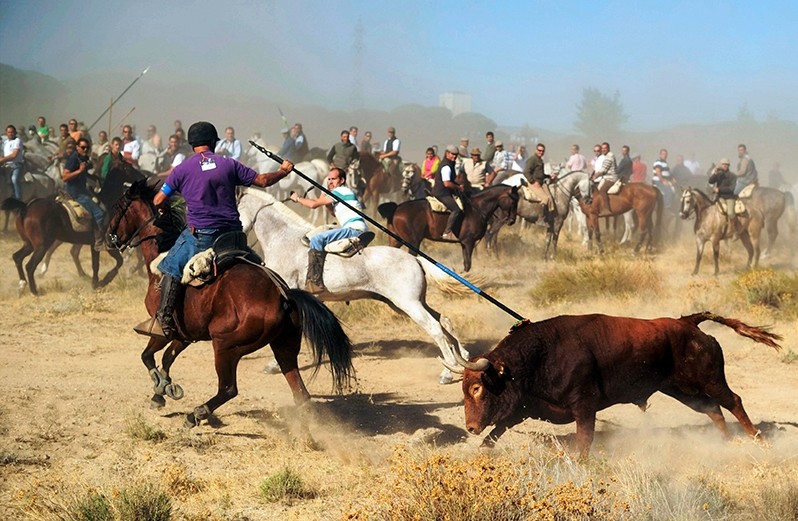 A bull-lancing festival known as "Toro de la Vega" (Bull of the Plain) which has spurred controversy in Spain will take place as usual in September but participants will no longer be allowed to kill the bull, Spanish authorities ruled on Thursday.

During the festival, which dates back to 1534 and is held yearly in Tordesillas, in central Spain, hunters on horseback with lances and on foot chase the bull through a pine forest before killing it.

The event had become a symbol for opponents to bull-fighting, Spain's traditional spectacle, which has suffered from the economic crisis as well as reduced subsidies from new left-wing administrations in many towns.

Jose Antonio de Santiago-Juarez, a senior official in the Castilla y Leon region, where the Toro de la Vega takes place, said that the decision was made in order to protect the event and avoid an outright ban.

"What we have done today is to protect 500 years of tradition. The other alternative was to entirely ban it," he told a news conference.