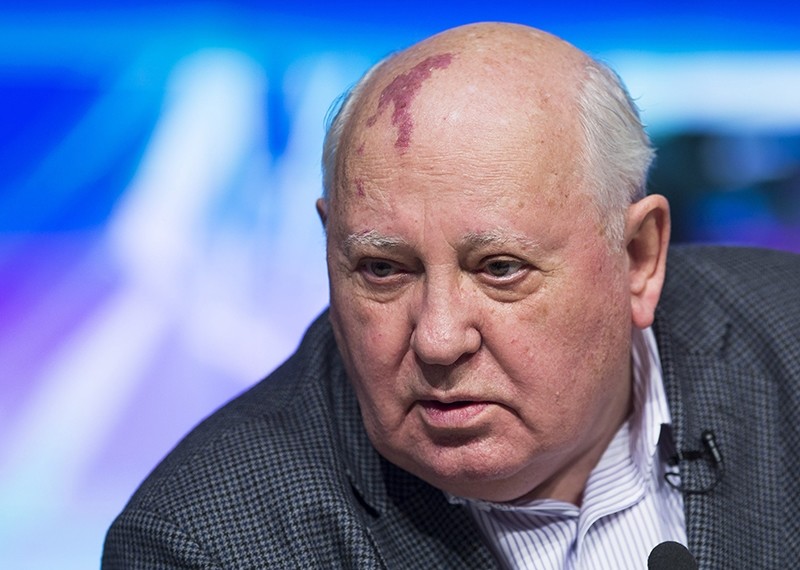 Former Soviet President Mikhail Gorbachev speaks during his open lecture ''Does a man change history, or history change a man?u201d i in Moscow, Russia, Saturday, March 30, 2013. (AP Photo)
by Compiled from Wire Services May 26, 2016 12:00 am

Ukraine's Security Service said it has imposed a ban on ex-Soviet leader Mikhail Gorbachev from entering Ukraine for five years.

Ukraine's Security Service spokeswoman Elena Gitlyanskaya announced on her Facebook page Thursday that Gorbachev has been banned from entering Ukraine because of his support to the annexation of Crimea by Russia.

"We have banned Gorbachev from entering Ukraine for five years because of his support to the annexation of Crimea and to preserve national security benefits," Gitlyanskaya wrote.

The former Soviet leader, in an interview he gave to the Sunday Times dated May 22, 2016, said "unification" of Sevastopol and Crimea with the Russian Federation was "the right decision".

The Crimea does not have uniformly happy associations for Gorbachev whose Perestroika reforms ended the Cold War but ultimately brought the end of the Soviet Union in December 1991.

It was at a holiday home at Foros, on its Black Sea coast, that he was held prisoner for three days in 1991 in a failed coup by communist hardliners.

Gorbachev, 85, has repeatedly commended the 2014 unlawful annexation of the peninsula, which houses a large Russian naval base. On Sunday, he told Britain's Sunday Times he would have acted the same way as President Vladimir Putin in a similar situation.

However, the 1990 Nobel Peace Prize winner has warned of potentially dire consequences if tensions are not reduced over the Ukraine crisis. He has also been critical of Putin on domestic issues.

Last September, the SBU banned former Italian prime minister Silvio Berlusconi from entering Ukraine after he became the most prominent Western politician to visit Crimea, where he met Putin, an old friend and political ally.