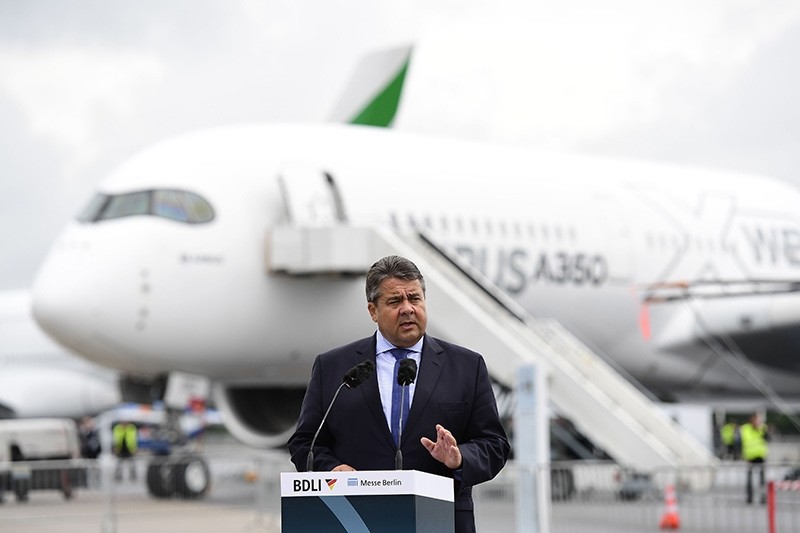 German Vice Chancellor Sigmar Gabriel gives a speech at the International Aerospace Exhibition (ILA) in Schoenefeld near Berlin on June 1, 2016 (AFP)
by reuters Jun 01, 2016 12:00 am

Germany's Vice-Chancellor warned of serious economic and political costs if Britain were to leave the European Union after a June 23 referendum on membership, saying on Wednesday it would also damage confidence in the bloc.

Most mainstream German politicians have outlined the benefits of keeping Britain, an ally in several areas of EU policy, in the bloc although they are wary of being seen to tell Britons what to do.

"The weight of the EU but also confidence in the cohesion and the steadfastness of the EU would diminish dramatically," said Social Democrat Sigmar Gabriel, also Economy Minister in Chancellor Angela Merkel's coalition.

The economic effects would be serious both for Britain and Europe but the political costs would be even greater, he said.

"Europe would be taken less seriously," he said, pointing in particular to a possible vacuum in the Middle East if the United States gradually stepped back from that region.

A YouGov poll for the Times newspaper showed an even split between "Remain" and "Leave" voters on Wednesday.