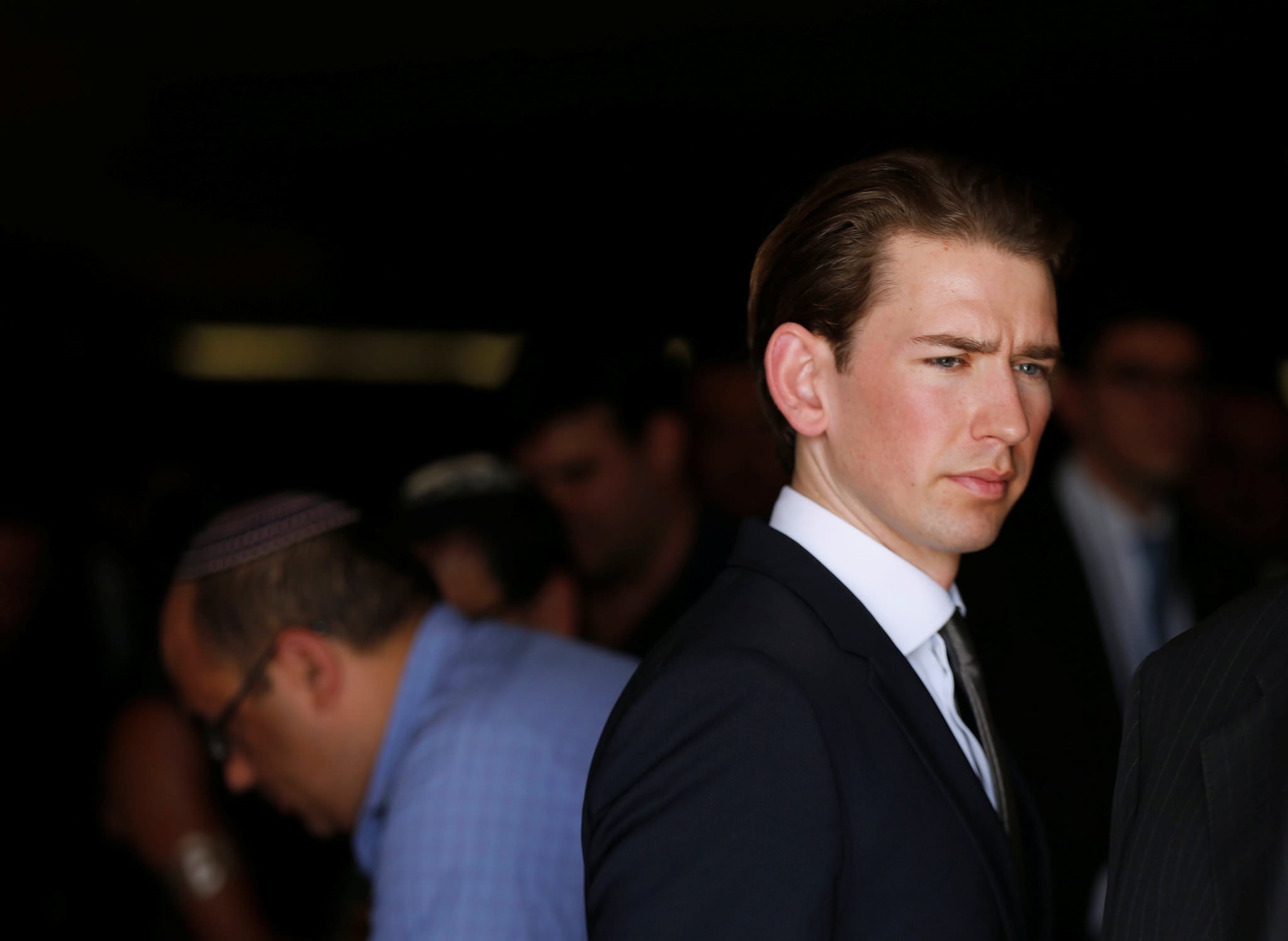 Austrian Foreign Minister Sebastian Kurz leaves after a ceremony in the Hall of Remembrance at Yad Vashem Holocaust Memorial in Jerusalem May 16, 2016. (REUTERS PHOTO)
by Compiled from Wire Services Jun 05, 2016 12:00 am

Asylum seekers to the European Union should be held on islands rather than be allowed direct access to the continent, Austria's foreign minister has said.

Sebastian Kurz suggested in an interview with Die Presse newspaper published Sunday that the bloc follow the "Australian example" to discourage migrants from setting out on the often perilous journey to Europe.

"Whoever boards a boat and tries to enter Europe illegally has ruined his chances of gaining asylum in Europe and will be sent back," Kurz said.

Under Australia's harsh and much-criticised immigration policy, asylum-seekers who try to reach Australia by boat are turned back or sent to Pacific camps in Nauru and Papua New Guinea where they are held indefinitely while their refugee applications are processed.

They are blocked from resettling in Australia even if found to be refugees.

Some 204,000 migrants and refugees have crossed the Mediterranean to Europe since January, the United Nations refugee agency said this week.

More than 2,500 people have died trying to make the journey this year -- the vast majority of them on crossings between Libya and Italy -- as Europe battles its worst migration crisis since World War II.

Many migrants saved from the sea are already directed to Greek islands or the Italian island of Lampedusa.

Hundreds of people are estimated to have drowned trying to cross the Mediterranean this week as a power vacuum in Libya continues to allow people-smugglers to operate with impunity, taking advantage of waves of desperate people fleeing war and poverty.

Within the European Union, Kurz said the principle of free movement meant EU citizens were migrating to countries with the most generous social welfare systems. He said Austria should follow Britain in seeking ways to treat foreigners differently from its own citizens when it comes to benefit payments.

Austria, governed by a coalition of social-democrats and conservatives, welcomed some 90,000 asylum seekers last year, but since then Vienna has hardened its conditions of asylum and tried to close the migrant route from Greece to the north of Europe via the Balkans.

Last month a candidate from the far-right Freedom Party (FPOe) narrowly lost the election for the largely ceremonial but coveted post of president.