Germany having trouble with asylum requests despite lower numbers 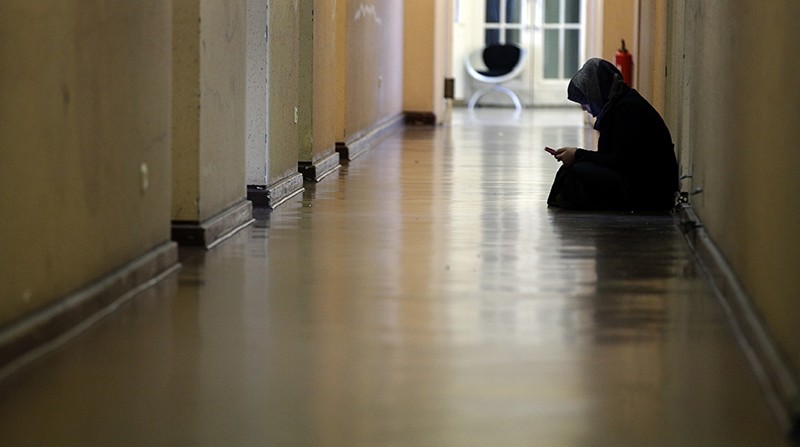 In this photo taken Friday, April 22, 2016 a resident holds her smartphone as she sits on the floor in a corridor of a refugee shelter in Berlin, Germany (AP Photo)
by Jun 07, 2016 12:00 am
The number of migrants coming to Germany has decreased in recent months, the Interior Ministry said Tuesday, but the authorities are struggling with a backlog of asylum requests.

Some 200,000 migrants entered Germany in November, but there was a drop after the Balkan route closed in March. In February, approximately 60,000 migrants came to Germany.

Despite a lower numbers of asylum seekers, the Migration and Refugees Ministry (BAMF) said it was behind on processing applications. As the numbers of applications dropped, so did the number of decisions made.

Authorities were dealing with a backlog of 410,000 asylum requests in April, said Frank-Juergen Weise, the head of BAMF, at a press conference

BAMF blames the large number of public holidays in May for the increase, as well as a high number of experienced officials busy training new colleagues. It also said that many of the cases are older, more complex and require more time before a decision can be made.

Germany took in some 1.1 million migrants in 2015, the largest influx since World War II.

The data show most asylum seekers are coming from war-torn Syria, followed by refugees from Afghanistan, Iraq and Iran. From January to May, 310,000 requests for asylum were made.
Last Update: Jun 07, 2016 6:55 pm
RELATED TOPICS