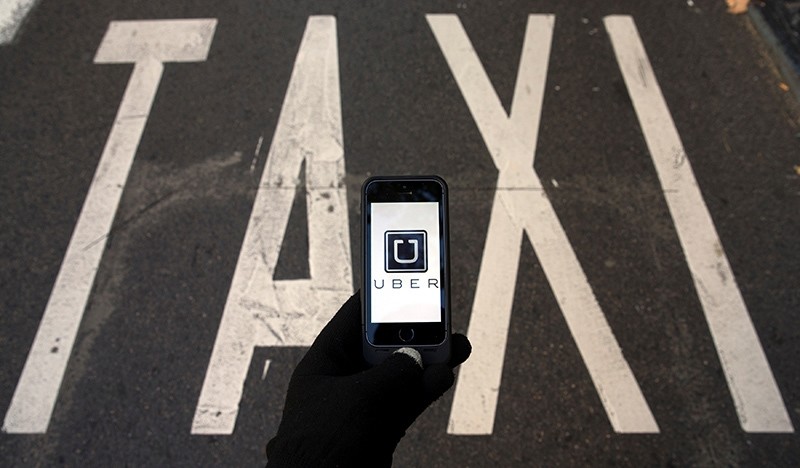 The logo of car-sharing service app Uber on a smartphone over a reserved lane for taxis in a street is seen in this photo illustration taken in Madrid on December 10, 2014 (Reuters Photo)
by Jun 09, 2016 12:00 am
Ride-hailing service Uber Technologies and two of its executives were fined by a French court on Wednesday for running an illegal transport service using non-professional drivers.

The Paris criminal court ordered Uber to pay 800,000 euros, half of it suspended, and imposed smaller fines on Pierre-Dimitri Gore-Coty, head of Europe, Middle East and Africa for Uber, and Thibaud Simphal, the company's general manager for France.

The case concerned the low-cost Uber POP service, which connected users via a smartphone app with non-professional drivers using their own cars. Uber has since shut down the service after the government banned it under pressure from licensed taxi drivers.