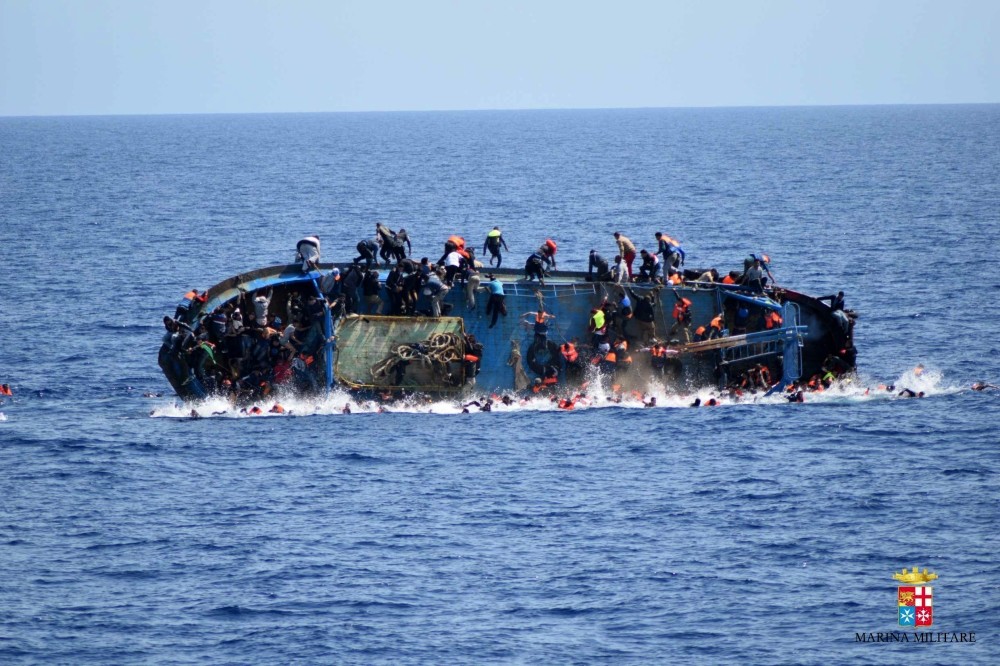 A day after the suspected ringleader of a large criminal migrant trafficking organization was extradited to Italy, British media reports said authorities confused the identities of the two men because they have similar first names

Italian authorities said Thursday they were looking into claims that they had arrested the wrong man in a major migrant-smuggling investigation. Italian police announced on Wednesday that Medhane Yehdego Mered, a prime suspect in the investigation, was in their custody, and released a video of the man they said was Mered being escorted off a plane in Rome, after being transferred from Sudan.

But Meron Estefanos, a Eritrean broadcaster living in Sweden who said she interviewed Mered in the past, told Associated Press the man in the video was not Mered, but Medhanie Tesfamariam Kidane, an Eritrean refugee living in Sudan.

"I realized it was two different people," said Estefanos, who is well known in the Eritrean diaspora. "Many people started calling me saying this is the wrong person." She said authorities may have gotten the two men mixed up because they have similar first names. "There is all kinds of evidence that this is the wrong person, so sooner or later they will have to release him."

A woman in Norway who said she was Kidane's sister told the BBC's Newsnight program that her brother was "completely innocent." The Guardian, quoting friends, named the man as Medhanie Tesfamariam Berhe, and said he was a 27-year-old refugee arrested in Khartoum late last month. 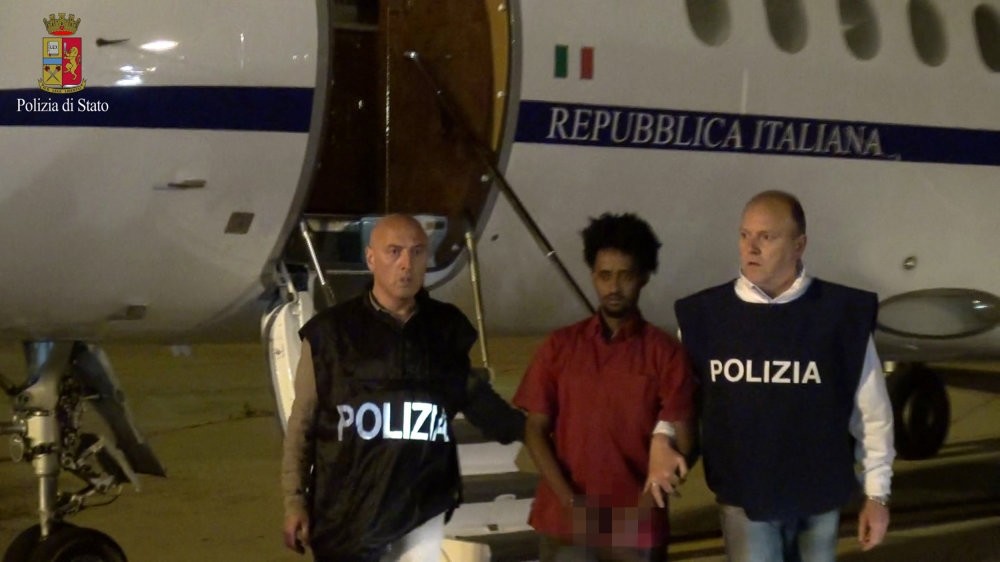 Contacted about the reports on Wednesday night, Palermo, Italy, chief prosecutor Francesco Lo Voi said his office is checking into reports that authorities may have arrested the wrong man in a major people-smuggling operation. "We are undertaking the necessary checks, but this seems unusual," he told Associated Press.

Britain's National Crime Agency, which was involved in the investigation, said it was aware of a Guardian report that the wrong man was arrested, but that it was too soon to speculate about the claims.

Medhanie Yehdego Mered, 35, has been on a wanted list since 2015 for international people smuggling. He is "the accused ringleader of one of the four largest criminal migrant trafficking organizations," the Sudanese interior ministry said in a joint statement with the country's British and Italian embassies.

Referred to in wiretapped conversations between his subordinate alleged traffickers as "the general" for his control over a large area and number of "troops," Mered is accused of organizing the smuggling of up to 8,000 people a year on migrant boats.

Investigators believe his organization is responsible for packing migrants onto a boat that sank in 2013 off the Italian island of Lampedusa, claiming at least 360 lives in one of the worst disasters in the Mediterranean. He reportedly, according to a wiretap, described the sinking as "Allah's will."

Mered allegedly directed operations in Africa, but also kept fellow operators in Italy up to date on the arrival of boats, so migrants could be picked up and squeezed for more money to continue to their final destinations in Europe.

Between 2012 and his capture, he also played a key role in helping migrants escape from Libyan jails and detention centers, bribing guards to let them out and then holding them to extort money from their relatives back home, police said. Mered was tracked down by the Sudanese intelligence services, with support from Italy's organized crime police and Britain's National Crime Agency.

A top Sudanese police officer told AFP on condition of anonymity that Mered was "accused of smuggling youngsters from Ethiopia, Eritrea, Somalia and Sudan, across the Mediterranean through Sudan or Libya or Egypt."

Wiretaps of Mered's conversations revealed he was in contact with traffickers in northern Europe, particularly in the Netherlands and Scandinavia, and held a "senior position in a criminal network operating in several continents," according to Italian police.

The taps followed smugglers who were constantly on the move between Eritrea, Ethiopia, Libya, Sudan, the UAE and Europe. Mered is a contact point for people worried relatives may have disappeared during the perilous Mediterranean crossing. He was loving towards his family on the telephone, making several references to leaving Libya and moving to Sweden to be with his wife, but showed "utter disregard for the lives of the migrants, appearing cynical and unscrupulous," said Italian police. There have been numerous reports from survivors of people being forced to board boats and dinghies on Libyan beaches at gunpoint, as well as reports of people being shot dead if they refuse or try to escape.

According to the UN's refugee agency (UNHCR), more than 48,500 people have arrived in Italy by boat so far this year. More than 10,000 people have died crossing the Mediterranean to Europe since 2014. On Wednesday, rescuers were hard at work off Libya, pulling at least 800 people to safety.

Doctors Without Borders, which picked up 226 people, on Twitter quoted a survivor who said "We're happy to be alive but our brothers are still in Libya. Last night they were beating us with iron sticks."

More than one million migrants entered Europe last year, many fleeing wars in the Middle East. Europe has been slammed for lacking a collaborative response to the crisis. The U.N. refugee agency has encouraged European countries to do more to share the burden of the international community in the migrant crisis.
RELATED TOPICS