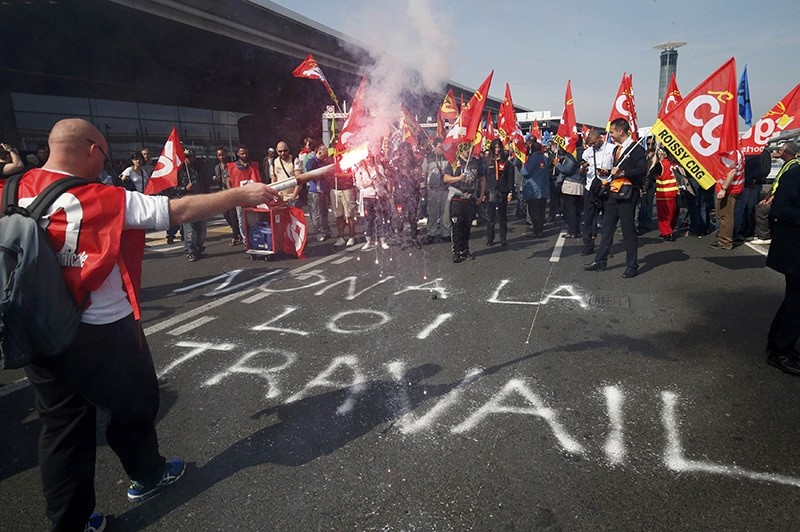 Striking employees hold French CGT labour union flags during a demonstration against the labour reforms law at the Charles de Gaulle Intu2019l Airport in Roissy, near Paris, France, June 7, 2016. The slogan reads ,No to the labour law,. (Reuters Photo)
by Associated Press Jun 11, 2016 12:00 am

About a quarter of Air France pilots are striking to demand better working conditions — the latest challenge to travelers and France's image as it hosts Europe's biggest sporting event.

Up to a fifth of flights are canceled Saturday, Air France said, both domestic and international. Among those affected were flights carrying spectators to cities holding European Championship soccer tournament matches.

Unions plan to keep up the strike through Tuesday, demanding better pay and more flight hours.

French train drivers have also been on strike for days, and garbage collectors, too.

They're striking for different reasons, but it's all part of a nationwide discontent as the government tries to change laws regulating working hours and layoffs.

The influential CGT union may meet with the government over the weekend.
Last Update: Jun 11, 2016 12:29 pm
RELATED TOPICS