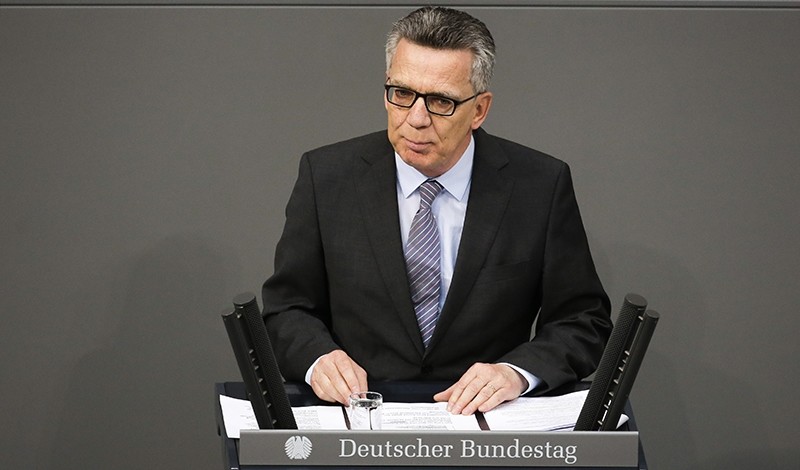 | AP Photo
by Jun 12, 2016 12:00 am
Hundreds of Germans who fought for the terrorist organization Daesh and who have returned to Germany are under surveillance during the Euro 2016 football championship, Interior Minister Thomas de Maiziere told Sunday's edition of Bild newspaper.

"There are officially some 500 threats that we have in our sights. That is very extensive, but subject to change," de Maiziere said in an interview in Germany's most popular tabloid.

German football hooligans have also been placed under observation by German and French police. The two countries are cooperating closely on the issue, the minister said.

"We have set up an information exchange with France regarding German hooligans who are known to the police and who are violent and passed on the names and data of some 2,500 people," de Maiziere said.

German police officers who are familiar with the football hooligan scene are supporting their French colleagues during border checks, he added.

Security forces have been receiving lots of tip-offs regarding Euro 2016, but there are no concrete indications that a terrorist attack is being planned during the championship, de Maiziere said.
Last Update: Jun 12, 2016 1:53 pm
RELATED TOPICS