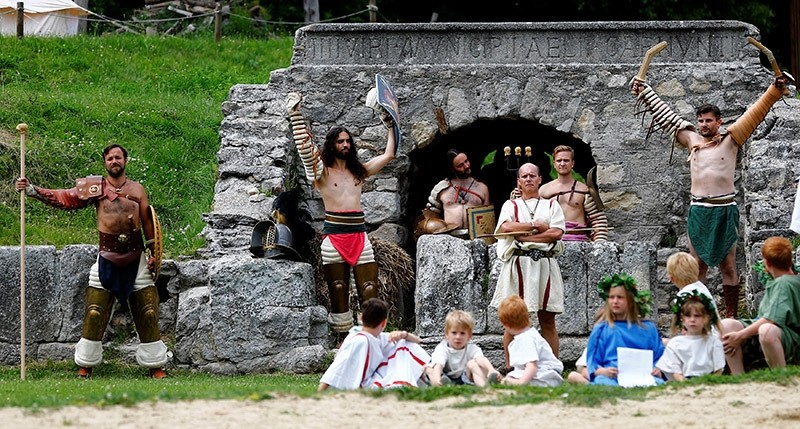 Members of the ,Familia Gladiatoria Carnuntina, arrive for a fight in the historic amphitheatre during the Roman Festival at the archeological site of Carnuntum in Petronell, Austria (Reuters Photo)
by Jun 12, 2016 12:00 am
Gladiators reenacted fights in the amphitheatre of the ancient Roman city of Carnuntum whose archaeological remains stretch over 10 square kilometres (3.86 square miles) in eastern Austria.

Clad in leather armour and feathered metal helmets, men attacked one another with wooden batons and painted shields as children and women in Roman costumes looked on.

Archaeologists have reconstructed part of Carnuntum - which they say used to be a hub of the Roman Empire around 1,700 years ago - for tourists, who can now relive ancient Roman culture in the gladiator school, public baths and a museum.