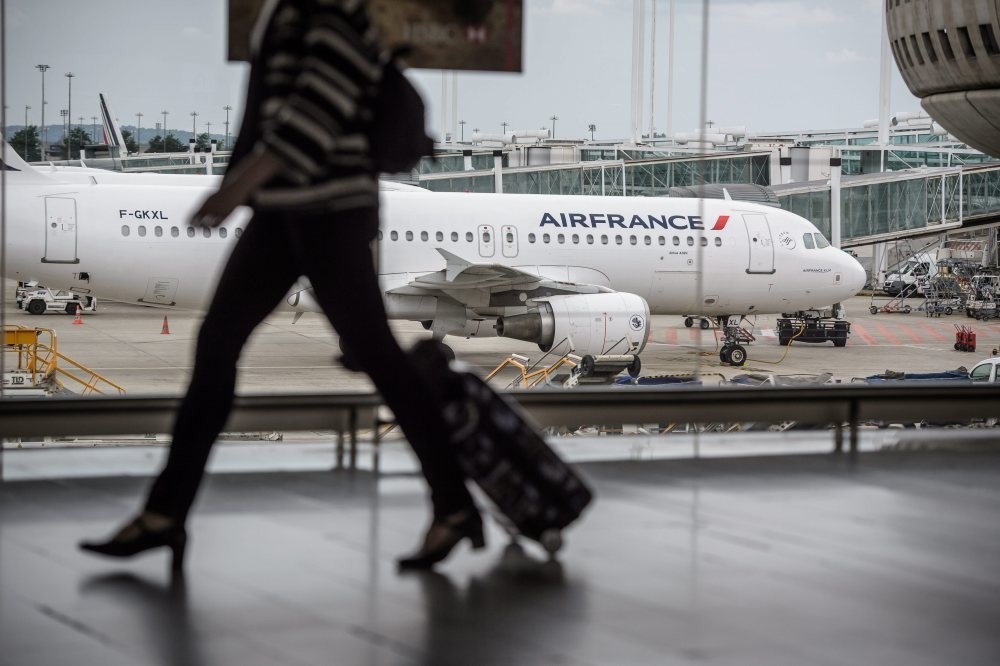 by Daily Sabah with Wires Jun 13, 2016 12:00 am
About a quarter of Air France pilots are striking to demand better working conditions – the latest challenge to travelers and France's image as it hosts Europe's biggest sporting event.

Weeks of strikes and demonstrations over the country's labor reforms and other industrial disputes have led to panic at the pumps, violent protests in the streets and most recently, garbage rotting in the gutters. It's a litany of headaches which some Parisians fear will scare away visitors. "I'm telling you, France has become a very ugly country," Francoise Cuip, 60, told a reporter in Paris' well-heeled 16th district. "It's my country, but that's the way it is."

French leaders had hoped to put the disruption behind them as the country turned its attention to the European Championship soccer tournament, which is expected to draw over 2 million visitors, but unions are planning to keep up the airline and trash strikes through Tuesday. Up to a fifth of flights for Saturday are canceled, Air France said, both domestic and international. Among those affected were flights carrying spectators to cities holding matches.

French train drivers have also been on strike for days; France's national rail company SNCF was disrupted in the southeast, with cancellations possible. In Paris the rail link between the capital and Charles de Gaulle Airport was disrupted, with few trains running along the usually busy route.

Meanwhile garbage was piling up uncollected because of a continuing strike and blockages by collectors. On the streets of the capital, there was exasperation at the drumbeat of disruption. "When it's not the trains, when it's not the metro, it's the trash," said Catherine Jacob, 48, who was walking past an overflowing garbage bin near Paris' Trocardero. "In terms of hygiene, it's not good for the tourists, it's not good for the residents. Tomorrow we'll have rats in the street."

Paris Mayor Anne Hidalgo said on Twitter that the city was "mobilizing all means, public and private" to clear the garbage. The strikes are occurring for different reasons, but the labor unrest is tapping into nationwide discontent as the government tries to change laws regulating working hours and layoffs.

The influential CGT union, which is driving much of the action, may meet with the government over the weekend.

Euro 2016 comes seven months after November attacks by DAESH extremists and suicide bombers in Paris left 130 people dead. While 80,000 football fans cheerfully submitted to heavy security to enter the Stade de France, fears of an attack have dampened enthusiasm and a massive Paris fan zone under the Eiffel Tower was only half-full, according to police.

German student Julia Settgast, 28, said she was too jittery to go out and watch the match. "In Germany I would watch the matches in bars or at a public viewing, but in France... I am afraid of terrorism," she told AFP.

Some 90,000 police and private security guards have been deployed to protect players and about 2 million foreign visitors expected for the matches at 10 venues around the country. Three months of student- and union-led protests have descended into violent clashes between demonstrators and police. Unions are tapping months of public anger over a labor bill that would make it easier for employers to fire workers and lengthen the working week. Many videos showing police and security forces apparently using disproportionate force on protesters have attracted viewers and controversy, including of a police officer aggressively shoving a woman and throwing her to the ground.
RELATED TOPICS