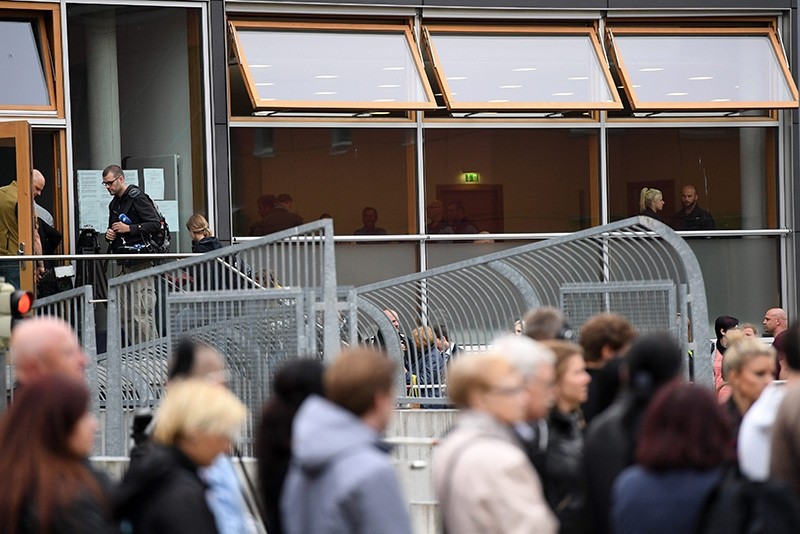 A 33-year-old security guard who admitted to abducting, sexually abusing and murdering two boys - one of them a 4-year-old Bosnian refugee - went on trial in Germany on Tuesday.

The crimes attributed to Silvio S, whose name was withheld due to privacy laws, shocked the country last year and drew attention to the chaotic conditions at Lageso - Berlin's focal point for asylum seekers - where the Bosnian boy was separated from his family and abducted.

Prosecutors want a life sentence for Silvio S, who was arrested in October after police found the body of 4-year-old Mohamed in his car. The man's mother alerted the authorities after seeing high-resolution closed circuit television footage of him.

Silvio S admitted to abducting the child outside the Lageso office in northern Berlin, sexually abusing him in his car and strangling him to death with a belt when he started crying.

The man also admitted to abducting a German boy, Elias, from a playground outside the 6-year-old's home in the city of Potsdam. He said he sexually abused the boy before killing him and burying his body in a garden allotment.

Investigators say Silvio S planned the crimes meticulously and practised with dummies, which were later found in his home. Child-pornographic material was also confiscated.

Silvio S, who has no prior convictions, has been deemed criminally liable. The court said Tuesday that, if convicted, it is unlikely he will be allowed to serve out his sentence in a psychiatric hospital.

Tensions were high in the Potsdam court on Tuesday, with the leading judge asking those present to refrain from interjecting in the proceedings or openly insulting the defendant, who covered his face with a beige folder.

An attempt by the defendant's lawyer for the trial to be conducted behind closed doors was dismissed by the court.

The disappearance of Mohamed, whose family came to Germany in 2014 to seek asylum, triggered a large-scale police search and drew significant media attention, partly because of Lageso's perceived inability to register and adequately house arriving migrants.