EU extends sanctions over 'illegal annexation of Crimea' by Russia 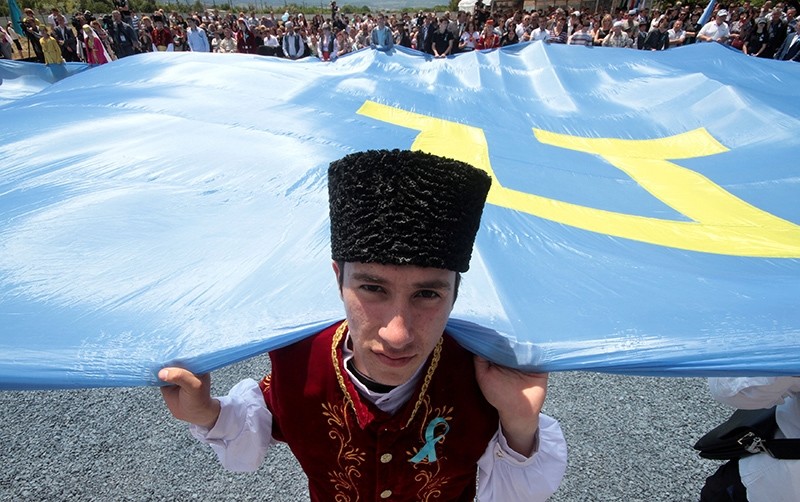 People gather to commemorate the anniversary of the deportation of Crimean Tatars from Crimea to Central Asia in 1944, in Bakhchysarai district of Crimea, May 18, 2016 (Reuters Photo)
by Jun 17, 2016 12:00 am

The European Union on Friday rolled over for another year sanctions imposed to protest Russia's 2014 annexation of Crimea from Ukraine, which the bloc deems illegal.

"The European Council (of member states) has extended until June 23, 2017, the restrictive measures adopted in response to the illegal annexation of Crimea and Sevastopol by Russia," a statement said.

The Crimea sanctions prohibit certain exports and imports, and ban investment and tourism services by EU-based companies there.

The announcement comes amid growing speculation the bloc will also renew its damaging economic sanctions against Russia for aiding and abetting pro-Moscow rebels in eastern Ukraine, which were imposed in the wake of the shooting down of Malaysia Airlines flight MH17 in 2014.

EU diplomatic sources say these economic sanctions will likely be extended for another six months from end-July on the grounds that Russia has failed to live up to its Minsk ceasefire commitments.

The EU has also imposed a separate set of visa ban and asset freeze sanctions against Russian and Ukrainian figures for backing the separatist cause in early 2014.

The conflict in eastern Ukraine has claimed some 9,400 lives and plunged relations with Moscow into the deep freeze.

Russia says the sanctions regime is pointless if damaging, and President Vladimir Putin regularly insists Crimea will never be given back.