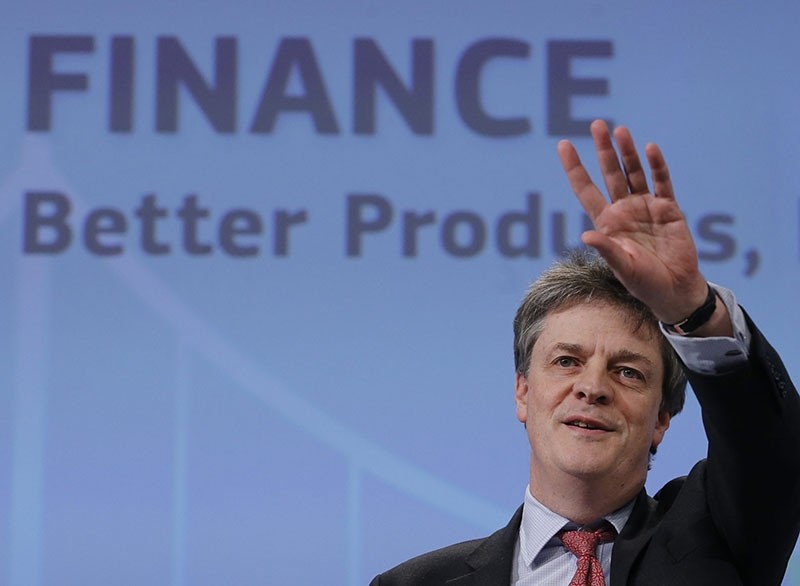 Jonathan Hill during a press conference at the EU Commission headquarters in Brussels, Belgium (EPA)
by German Press Agency - DPA Jun 25, 2016 12:00 am

Britain's EU commissioner for finance and markets resigned on Saturday, saying he was disappointed that the country had decided not to "play a role in arguing for an outward-looking, flexible, competitive, free trade Europe."

"Like many people here and in the UK, I am obviously very disappointed about the result of the referendum," Jonathan Hill, the British Commissioner for Financial Stability, Financial Services and Capital Markets Union, said in a statement.

"I wanted it to end differently," Hill said. "But the British people took a different decision, and that is the way that democracy works."

Britain on Thursday voted to leave the European Union.

Hill said he will leave his post "certain that, despite its frustrations, our membership was good for our place in the world and good for our economy."

"But what is done cannot be undone and now we have to get on with making our new relationship with Europe work as well as possible," he said.

In a recent interview with The Telegraph, Hill warned that a Brexit would leave Britain facing a difficult "equivalence process" to dovetail British financial regulations with the EU single market.

"One has to face up to the fact that the other members of the EU have been slagged off fairly royally [by Brexit campaigners], and they're the people who you would be negotiating with," Hill said.

"The idea they will fall over themselves to agree the terms of trade, I just think is in the realm of complete fantasy," he told the newspaper.