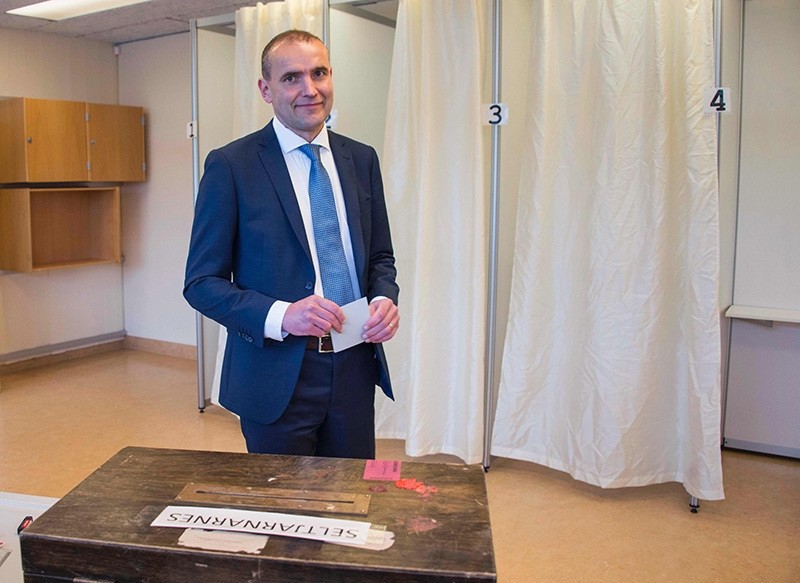 Unofficial results gave him 38.5 per cent of the vote, to 29.4 per cent for his nearest rival, Halla Tomasdottir. The remaining seven candidates lagged far behind.

"Now a victory seams to be in, and the next chapter takes over. Thank you very much," Gudni told supporters, as he also celebrated his 48th birthday.

"We will almost certainly have parliament elections next fall."

The election was eclipsed by a national fervour surrounding the Icelandic football team's success so far in the Euro 2016.

The Interior Ministry had set up a polling station in France near the national football team's camp in Annecy, where fans have followed their team into the knockout stage of the championship.

Johannesson, a historian, came to prominence in April as a public commentator on the case of former premier Sigmundur David Gunnlaugsson, who resigned over leaked data in the Panama Papers suggesting he and his wife had an offshore company in the British Virgin Islands.

The presidency is largely a ceremonial role, but it does influence the formation of government.

The historian told dpa the election campaign was a "new and exciting" experience for him.