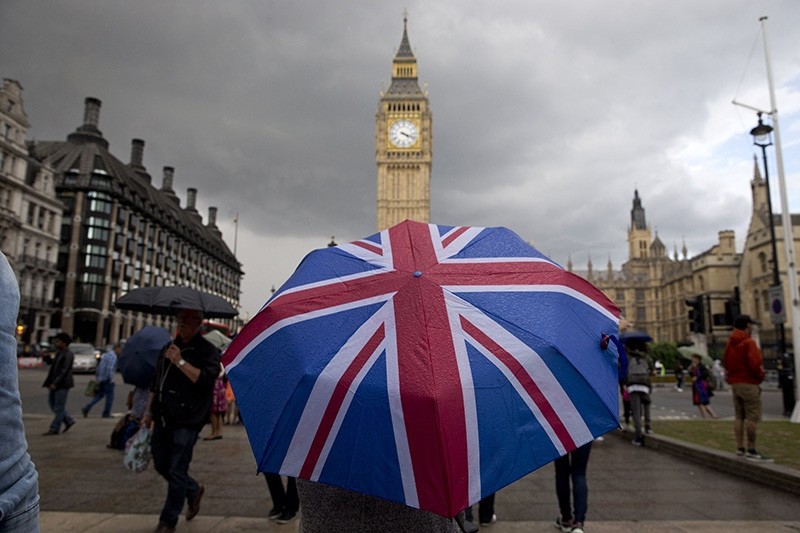 Pedestrian shelters from rain beneath Union flag themed umbrella as they walk near Big Ben clock face and Elizabeth Tower at Houses of Parliament in London on June 25, 2016 (AFP)
by reuters Jun 26, 2016 12:00 am

Nearly 60 percent of Scots now support Scottish independence after Britain voted to leave the European Union this week, according to an opinion poll reported by a newspaper on Saturday.

The Sunday Post said 59 percent of respondents in the poll backed independence from the United Kingdom. That was sharply higher than the 45 percent of votes cast in favour of independence at a referendum in 2014 which resulted in the country staying in the UK.

Scottish First Minister Nicola Sturgeon said earlier on Saturday that a fresh independence referendum was possible. Many Scots voted in favour of remaining in the UK in 2014 because of concerns that breaking away might leave them outside the bloc.

Scots voted by 62-38 percent to remain in the EU in Thursday's EU membership referendum but British voters as a whole voted by 52-48 percent to leave.

The Sunday Post reported the poll finding on its front page which was pictured and posted on Twitter by editorial staff. The newspaper declined to provide further details of the poll.