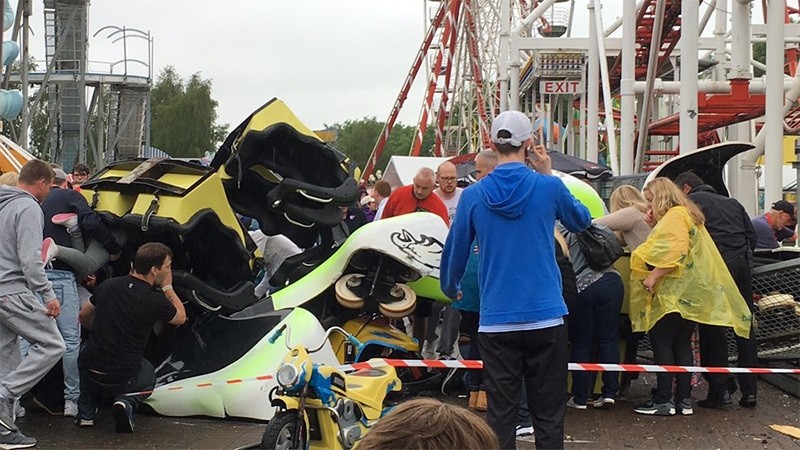 A roller coaster carriage at a theme park in Scotland came off its rails on Sunday and fell 30ft (10 metres) onto a children's ride below injuring around seven people, the Daily Record newspaper reported.

The Daily Record cited eyewitness reports saying the
carriage, carrying ten people, on the Tsunami ride at the M&D's
theme park in Motherwell in southern Scotland flew off the rails
as it turned a corner and plummeted to the ground.

It cited a police statement saying "approximately seven
people" had been injured.

A spokeswoman for local police said they were responding to
an emergency incident at the park but could not give any further
details.

The Scottish ambulance service said six ambulance crews, a
special operations response team and a team of emergency doctors
had been sent to the park to respond to the incident. They had
no details of casualties.

Pictures on Twitter showed people trying to help those
trapped in an upside down carriage. M&D did not immediately
respond to requests for comment.