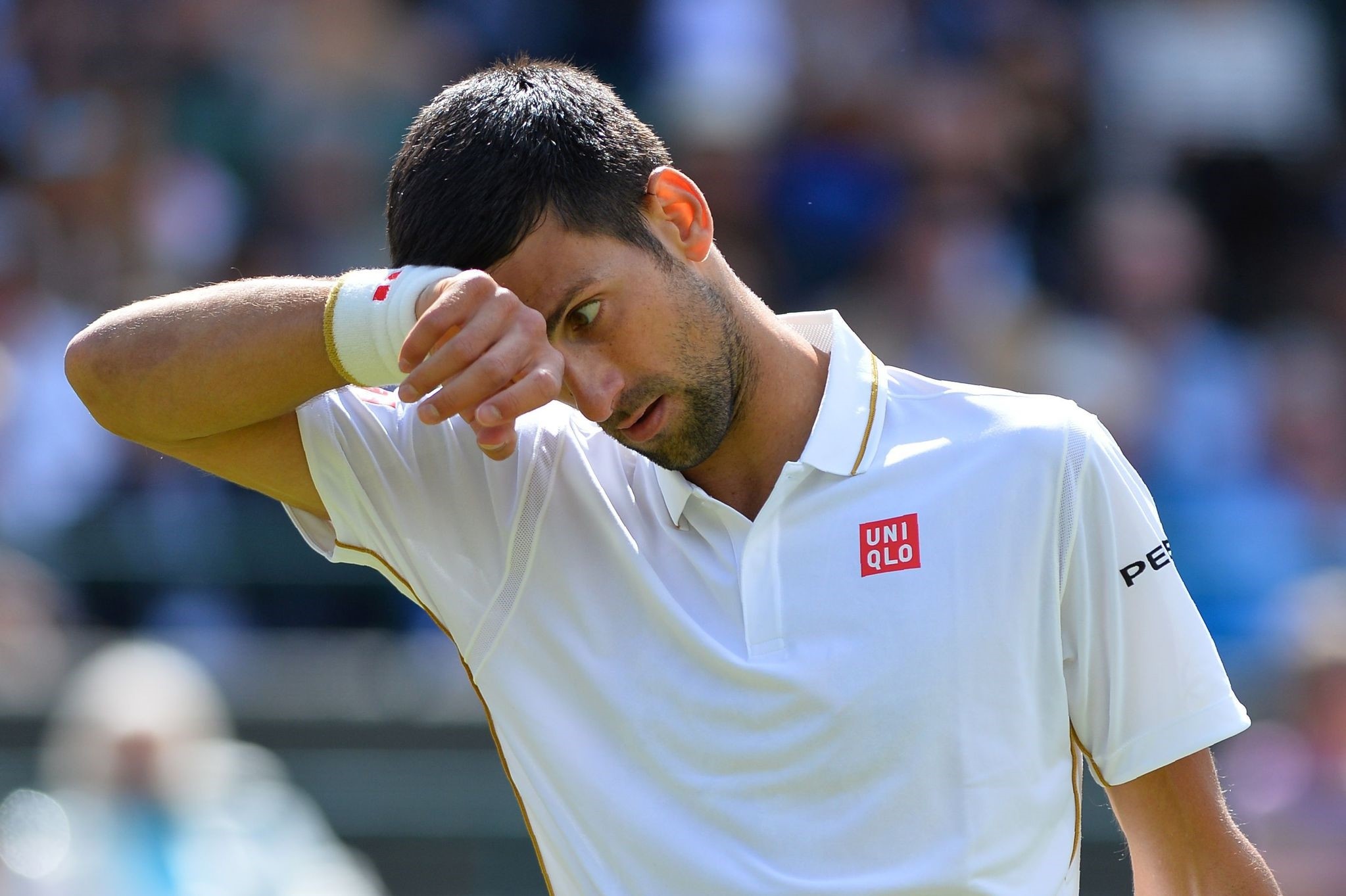 Serbia's Novak Djokovic wipes his brow while playing US player Sam Querrey during their men's singles third round match on the sixth day of the 2016 Wimbledon Championships. (AFP Photo)
by Jul 02, 2016 12:00 am

Novak Djokovic is fallible after all, as American powerhouse Sam Querrey proved in stunning fashion to stop the Serb's seemingly unstoppable charge towards a calendar year grand slam at a rain-hit Wimbledon on Saturday.

Top seed and defending champion Djokovic had trailed by two sets overnight after the Court One clash was stopped by rain on Friday.

On the resumption, the Serb halved the deficit and served for the fourth set at 5-4, only for Querrey to break back.

When yet another rain delay sent the players off court for an hour, Djokovic returned to hold serve but he never looked comfortable in the tiebreak as Querrey went 6-4 ahead.

One match point was saved but Djokovic shanked a forehand into the tramlines to end his 30-match winning streak in grand slam play -- a run that meant he arrived at Wimbledon holding all four major titles.

Defeat scuppered his hopes of becoming the first man to win all four majors in a year since Rod Laver in 1969 and was his first loss before the quarter-final of a major since the 2009 French Open when he also bowed out in the third round.

"His game was brutal today, especially his serve," the 12-times grand slam champion told reporters. "Well done to Sam, he overpowered me today."

Querrey showed great composure, saving 11 out of 12 break points in the fourth set, several with aces, as Djokovic tried everything to take the match into a deciding set.

It looked as though the pressure had told when he dropped serve in the ninth game, but he hit back immediately as Djokovic scooped a low volley into the net.

The rain returned, but it could not douse Querrey's fighting spirit and he completed his first victory over a current world number one.

"It's incredible, especially to do it at Wimbledon, the biggest tournament in the world," he said.

"I am so ecstatic right now, so happy and that's about it."

"I think that today I played the break points really well. Every time he had a break point I was able to come up with a big serve. And in the end I just fought the tiebreak and got a couple of loose errors and that was it."