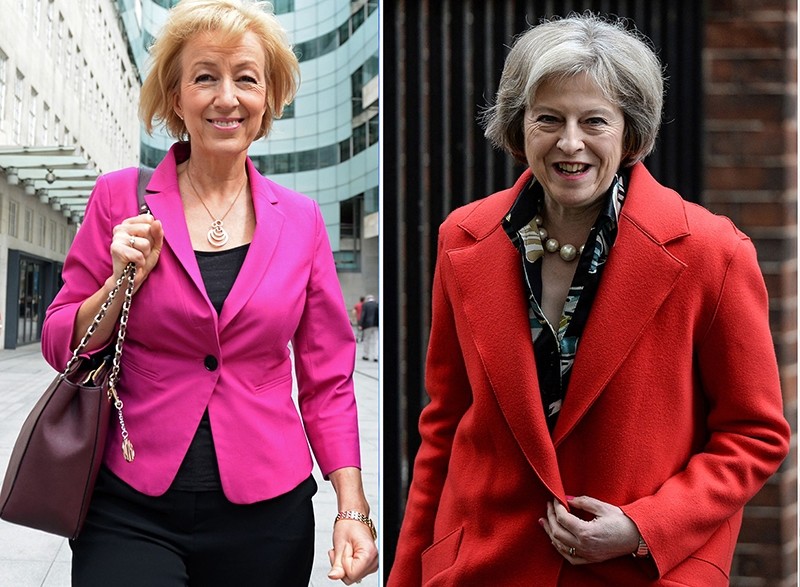 Interior minister Theresa May opened up a strong lead over her nearest rival, Andrea Leadsom, on Tuesday in the contest to become Britain's next prime minister, but the racewas overshadowed by post-Brexit carnage for property investors and the pound.

In symptoms of market concern about the economic impact of leaving the European Union, sterling hit new 31-year lows and three funds investing in British property said they were suspending trading because too many people were rushing to withdraw their money at once.

May won 165 votes in a first ballot of Conservative members of parliament and Leadsom, a junior energy minister, won 66, increasingly the likelihood that Britain will get only its second woman prime minister after Margaret Thatcher.

Former defense minister Liam Fox won the fewest votes, 16, and was eliminated from the battle to replace David Cameron, who has said he will step down after Britons voted in a June 23 referendum to break away from the EU.

"There is a big job before us: to unite our party and the country, to negotiate the best possible deal as we leave the EU, and to make Britain work for everyone," said May, 59.

"I am the only candidate capable of delivering these three things as prime minister, and tonight it is clear that I am also the only one capable of drawing support from the whole of the Conservative Party."

The drawn-out selection process, in which justice minister Michael Gove won 48 votes and works and pensions minister Stephen Crabb 34, will ultimately be decided by about 150,000 Conservative party members in September, once MPs have whittled the field down to two candidates.

Given strong euroskeptic sentiment among grassroots Conservatives, Leadsom, 53, is still very much in contention. She was a leading voice in the Leave campaign, while May favored remaining inside the 28-nation EU.

Leadsom backer Stewart Jackson told Sky News: "This shows she's ready to go all the way, there isn't going to be a coronation" of May.

In the meantime, signs are already multiplying that concern about the impact of Brexit on trade, investment and business confidence is starting to hit the economy.

Shares plunged in other property-related funds, and asset managers and insurers were also hit.

The pound, which has borne the brunt of market concern about potential damage to the economy, plumbed new 31-year lows and is now down more than 12 percent since the referendum.

"There is evidence that some risks have begun to crystallize. The current outlook for UK financial stability is challenging," the Bank of England said, announcing measures to encourage banks to keep lending.

In a possible blow to London's financial center, Germany's Deutsche Boerse signaled on Tuesday that the headquarters of a European giant to be created from its merger with the London Stock Exchange Group may now have to be outside the United Kingdom.

Voters were bombarded in the run-up to the referendum with warnings from Cameron and a host of financial institutions and think tanks that Brexit would plunge Britain into a self-inflicted recession by jeopardizing its access to the EU's tariff-free single market.

The Leave campaign derided such arguments as 'Project Fear', arguing Britain would prosper by regaining 'independence' from Brussels and freeing itself to set its own laws, clinch its own trade deals and set a cap on immigration - something it cannot do under EU rules allowing free movement throughout the bloc.

Whoever wins the Conservative leadership and the keys to 10 Downing Street will have to stabilize the economy and unify a party that was deeply split by the referendum campaign.

The victor will also need to decide when to initiate divorce proceedings with the EU, and how to extricate Britain from 43 years of membership while trying to negotiate favorable terms of trade.

Before Tuesday's vote, a poll for the ConservativeHome website put support among party members for May on 37 percent, with 38 percent backing Leadsom.

Fox, the first candidate to be knocked out of the race, said in a statement that he had 'sought to stress the need for experience' - an indication he is unlikely to throw his support behind Leadsom, who has never served in the cabinet.

The most seasoned candidates in the field are May and Gove, who stunned colleagues and commentators alike when he abruptly withdrew his support for former London mayor Boris Johnson last week, effectively forcing him from the race.

"It's been a difficult week but we managed to get 48 colleagues, more than I think anybody was predicting for Michael," she said, describing Gove as "the heavyweight Brexiteer in the race".