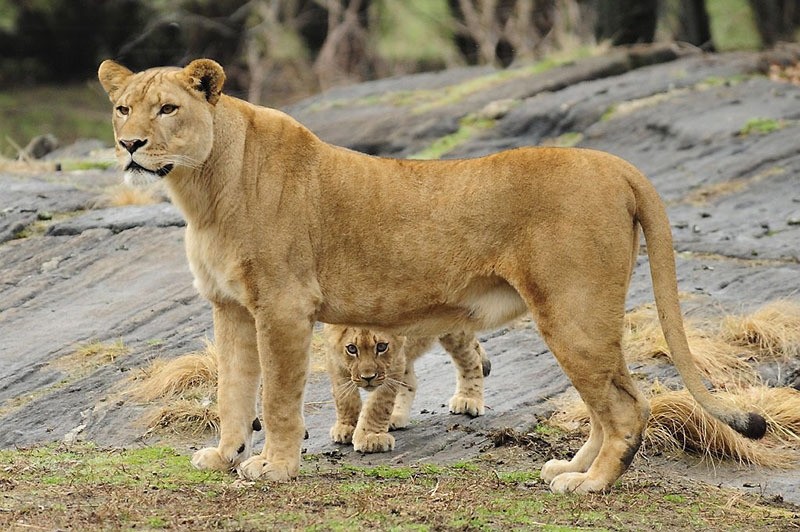 There were some 100 people in the zoo in the town of Baruth at the time of the incident, but they were all evacuated to safety.

A lioness managed to escape from her enclosure into the area in front of it where she fretfully ran up and down.

A second animal, a lion, only made it as far as a secured neighbouring enclosure.

After two hours a female vet was able to tranquilize the lioness.