Obama urges Britain, EU to "get it right" saying world economy is at stake 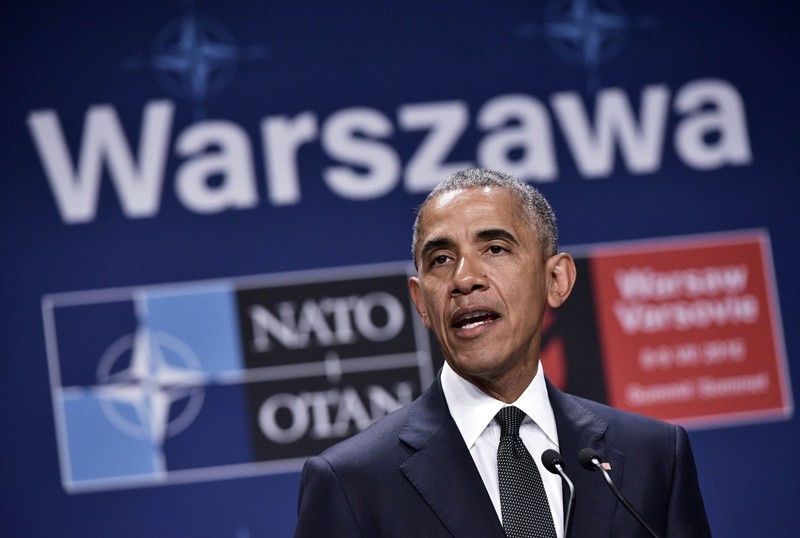 U.S. President Barack Obama on Saturday called on Britain and the European Union to get their divorce "right," saying that the world economy is at stake.

Obama said he expects Britain to follow through on its shock decision to leave the EU given the high attention, "lengthy" campaign and high participation rates in the Brexit referendum.

"How that process unfolds, how the negotiations work I think is going to be up to the parties involved," the president said, speaking in the Polish capital Warsaw at the end of at two-day NATO summit.

"Our primary interest is to make sure that the negotiations and this process are as orderly and as sensible as possible, recognizing that it is in the interest of both sides to get it right," he added.

"It's important that neither side harden positions in ways that ultimately do damage to their respective economies and ultimately to the world economy, at a time when our world economy is still pretty wobbly in places," the president said.

Immigration and its challenges played a key role in the run-up to the British referendum.

The U.S. leader spoke out in favour of immigration, saying that it contributes to growth. But he also said that it's "legitimate" for European countries to seek to slow down and better manage migration flows given the "huge influxes" they have faced.

The U.S. is helping to organize an international conference on migration in September, with Obama noting that "a few countries shouldn't be shouldering the burden for 60 million refugees."

"We've got to come up with strategies to allow people in countries that are very poor or are in the middle of a war zone [to] enjoy some peace and prosperity," he said. "Otherwise the world has shrank and they're gonna want to move."