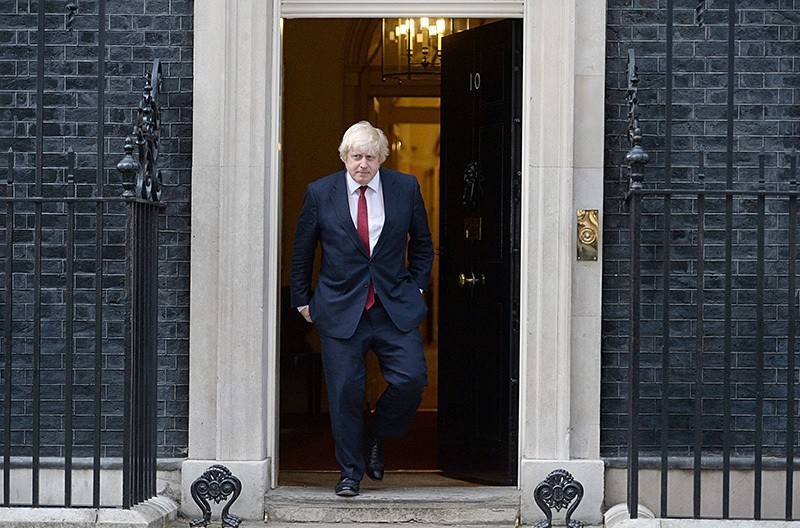 Boris Johnson, known for his anti-Turkey and Eurosceptic stance as the mayor of London, was appointed on Wednesday the foreign secretary by new British Prime Minister Theresa May, a move which raises questions about the future of Britain's international relations.

The Former London mayor Johnson was a surprise choice for the foreign secretary post as he was expected to be appointed as the newly created "Brexit minister" due to his Eurosceptic views.

Johnson has become a controversial political figure over his comments on foreign affairs, particularly about the Syrian crisis and the UK's relations with Turkey.

Well-known for his provocative newspaper columns and undiplomatic language, below are some of Johnson's forthright comments:

In an interview in 2015, he told ITV News that "his sympathies are with the PKK", despite the group being regarded as a terrorist organization by the UK.

Speaking about a case of a 21-year-old woman from North London, who was sentenced to 21 months in jail for plotting to join the PKK terror group, Johnson said, "My sympathies are very much with the PKK and the Peshmerga and I hope that the legal system will reflect that, and that she gets sensible treatment rather than some absurd punishment."

Under the headline "Bravo for Assad - he is a vile tyrant but he has saved Palmyra from ISIL," Johnson wrote in his weekly column for the Telegraph newspaper, using another acronym for the Daesh terrorist group. "I cannot conceal my elation as the news comes in from Palmyra and it is reported that the Syrian army is genuinely back in control of the entire Unesco site."

"The victory of Assad is a victory for archaeology, a victory for all those who care about the ancient monuments of one of the most amazing cultural sites on Earth," Johnson wrote.

On the eve of Obama's visit to Britain this year, Johnson wrote the following in an article for the Sun newspaper.

"Something mysterious happened when Barack Obama entered the Oval Office in 2009. Something vanished from that room, and no one could quite explain why.

"It was a bust of Winston Churchill - the great British war time leader. It was a fine goggle-eyed object, done by the brilliant sculptor Jacob Epstein, and it had sat there for almost ten years.

In an interview with the Sunday Telegraph newspaper, Johnson said the past 2,000 years of European history had been characterized by repeated attempts to unify Europe under a single government.

"Napoleon, Hitler, various people tried this out, and it ends tragically," Johnson was quoted as saying. "The EU is an attempt to do this by different methods. But fundamentally what is lacking is the eternal problem, which is that there is no underlying loyalty to the idea of Europe. There is no single authority that anybody respects or understands. That is causing this massive democratic void."