France to redeploy aircraft carrier to fight Daesh in Iraq 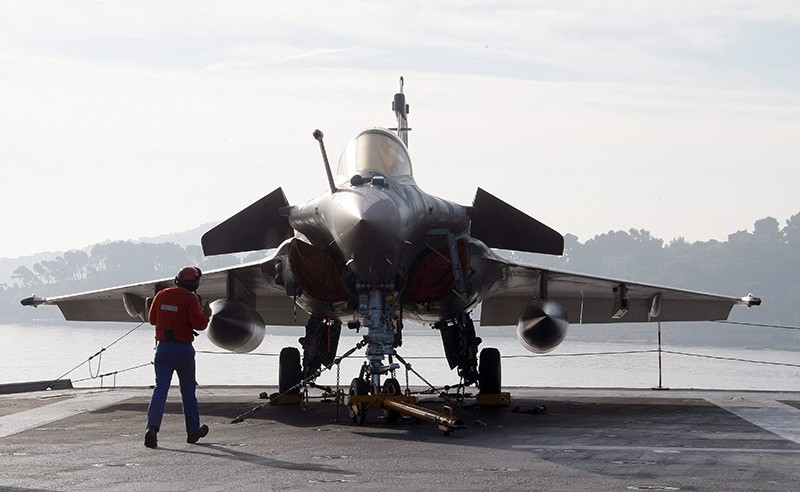 A sailor works at a Rafale jetfighter on the deck of France's nuclear-powered aircraft carrier Charles de Gaulle, at its home port of Toulon, southern France (AP Photo)
by French Press Agency - AFP
Jul 13, 2016 12:00 am

France will send more military advisors to Iraq and its aircraft carrier will return to the Middle East later this year in the fight against Daesh, President François Hollande said Wednesday.

"We will intensify the army's efforts to support the Iraqis as they try to recapture Mosul (from the terrorist group)," Hollande said, adding that the Charles de Gaulle carrier will return to the region "in the autumn" to be used for bombing raids on Daesh targets.

Hollande dispatched the carrier to the region following the November 13 attacks on Paris in which 130 people were killed in what he said then was "a war" against the terrorist group.