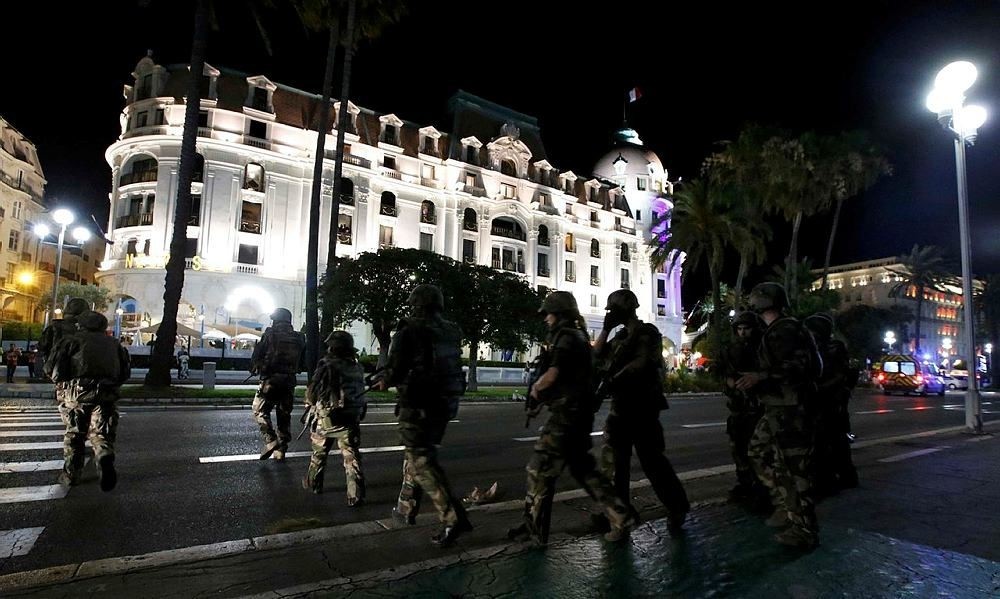 French soldiers advance on the street after at least 30 people were killed in Nice, France, when a truck ran into a crowd celebrating the Bastille Day national holiday July 14, 2016. (Reuters Photo)
by Daily Sabah with Agencies Jul 15, 2016 12:00 am

Multiple deaths and injuries were reported in Nice, France Thursday as a truck plowed into the Bastille celebrations in a possible terror attack.

Firearms and grenades were found inside the truck as as anti-terrorist investigators took over the Nice attack probe.

A Paris prosecutor said Friday that 84 people were killed, 202 were wounded in the attack with 25 on life support and 52 in critical condition.

According to the Nice chief public prosecutor's office, 84 were killed in the southern French town when a truck ran into a crowd celebrating the Bastille Day national holiday.

French police said that a 15-meter-long truck plowed into the crowd at 90km/h during the attack. Police sources also said that over 200 people were wounded in the attack.

The terror attack is the 10th in France since January 2015, when Charlie Hebdo cartoonists were killed by Daesh terrorists. Since then, over 200 people were killed and scores were wounded. 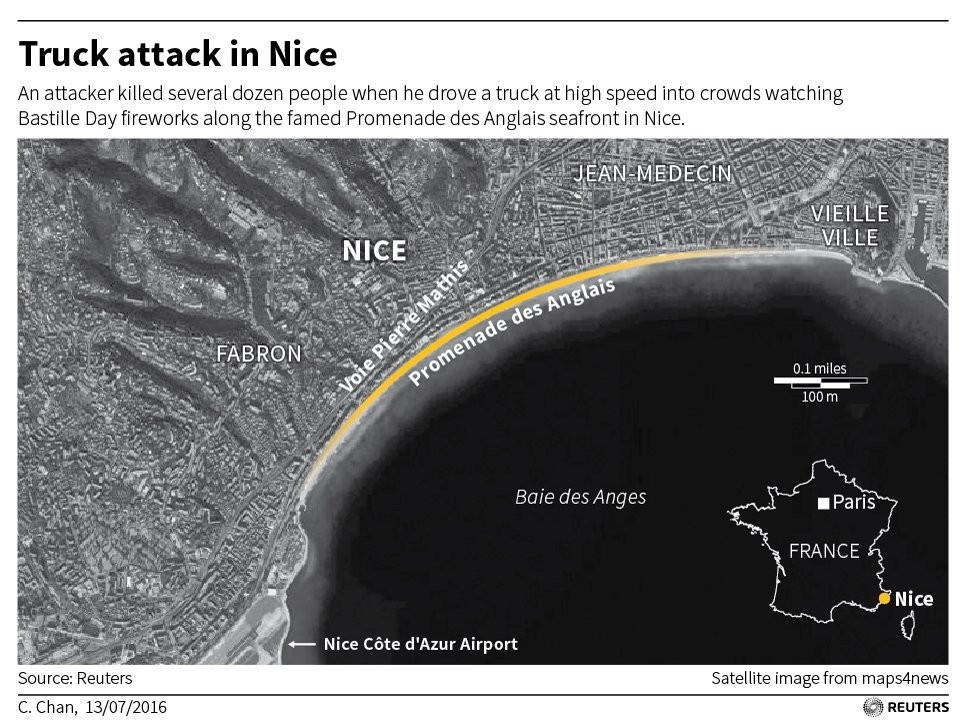 Wassim Bouhlel, a Nice native who spoke to the AP near Nice's Promenade du Paillon, said that he saw a truck drive into the crowd and then witnessed the man emerge with a gun and start shooting.

The French interior ministry spokesman said that there was no hostage situation at the moment in the fatal attack. 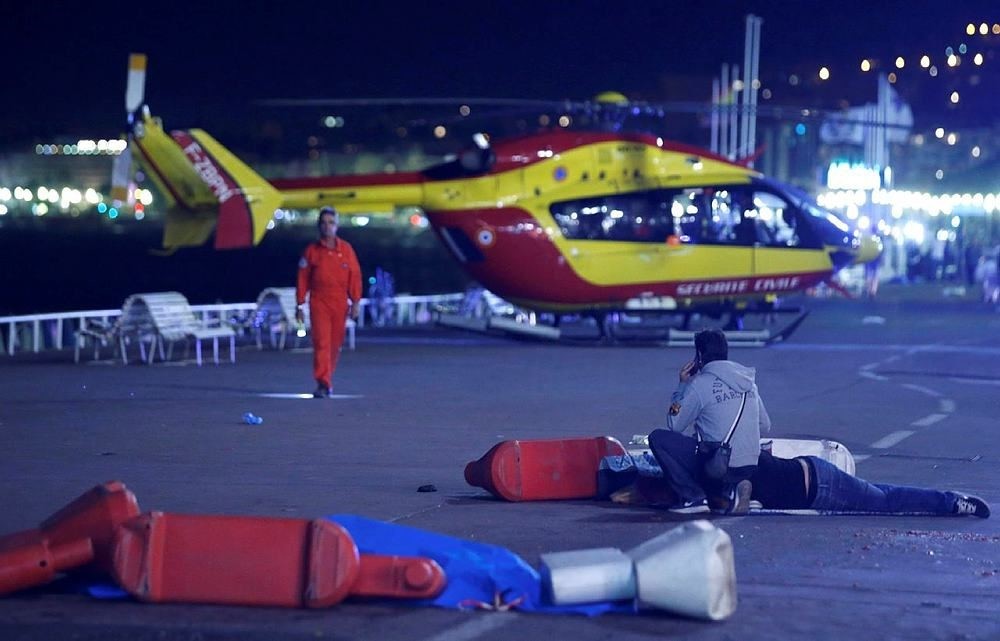 The driver, who drove at high speed for over 100 metres (yards) along the famed Promenade des Anglais seafront before hitting the mass of spectators, was shot dead, sub-prefect Sebastien Humbert told France Infos radio.

Humbert described it as a clear criminal attack. Residents of the Mediterranean city close to the Italian border were advised to stay indoors. There was no sign of any other attack.

The truck driver was a 31 year-old Franco-Tunisian born in Tunisia, a police source close to the investigation earlier said.

The man was not on the watch list of French intelligence services, but was known to police in connection with common law crimes such as theft and violence, the source said.

Right after the attack, the Eiffel Tower in Paris was pictured in billowing heavy smoke. Paris police said in a statement on Twitter that the fire was caused by fireworks and the incident was not a terror attack.

Almost exactly eight months ago Daesh militants killed 130 people in Paris. On Sunday, France had breathed a sigh of relief as the month-long Euro 2016 soccer tournament ended without a feared attack.

"Dear Nicois," local mayor Christian Estrosi tweeted, "The driver of a truck appears to have killed dozens of people. Stay at home for the time being. More news to follow."

Regional newspaper Nice Matin quoted its reporter at the scene saying there were many injured people and blood on the street. It published a photograph of a damaged, long-distance delivery truck, which it said was riddled with bullets and images of emergency services treating the injured.

Damien Allemand, the paper's correspondent, was quoted as saying: "People are running. It's panic. He rode up onto the Prom and piled into the crowd ... There are people covered in blood. There must be many injured."

U.S. government agencies have received constant reports of Daesh threats to attack France and those threats are regarded as current, a U.S. security official said. However, two U.S. officials said they had no information at this point about whether militants were involved in the Nice incident.

Local mayor Estrosi has warned in the past of the risk of terror attacks in the region, following Islamic State bloodshed in Paris and Brussels over the past 18 months.

French President Francois Hollande, who was in the south of France at the time, had said hours earlier that a state of emergency put in place after the Paris attacks in November would not be extended when it was due to expire on July 26.

However following the attack, Hollande announced he would extend France's state of emergency for three months in the wake of this latest attack and "step up" the government's action against terrorists in Syria and Iraq.

"We will continue striking those who attack us on our own soil," he said, in reference to Daesh.

He also called up army reservists to bolster the country's security services that are stretched to the limit.

France has been under a state of emergency ever since the November 13 Paris carnage, which came after 17 were killed in another attack in January at various sites including the offices of the Charlie Hebdo magazine and a Jewish supermarket.