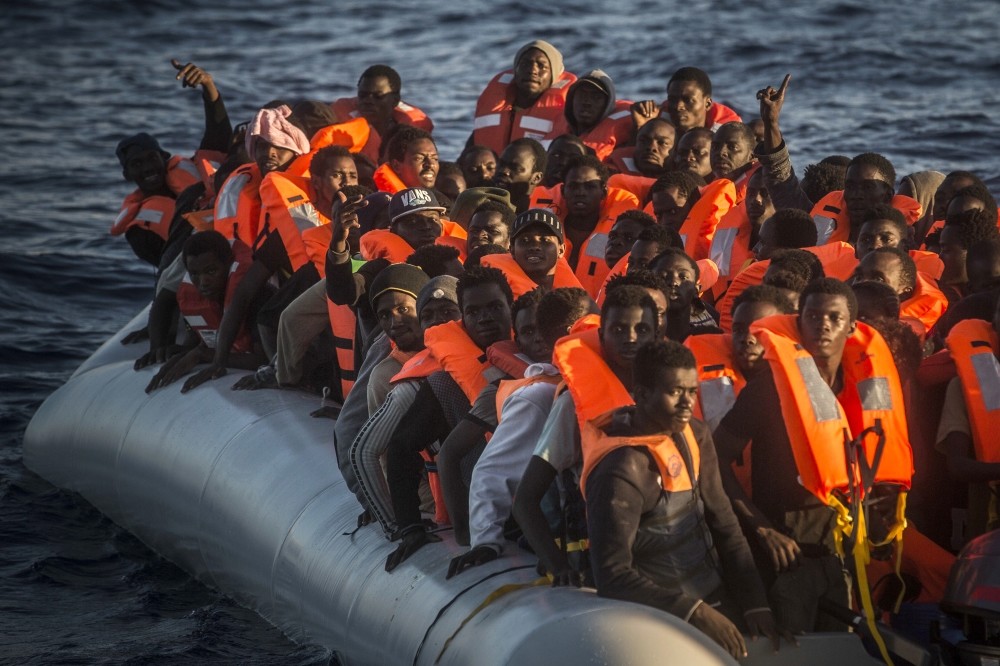 by Compiled from Wire Services Jul 21, 2016 12:00 am
Only 1,450 migrants landed in Greece last month, a 95 percent drop compared with June 2015, the European Union's Frontex border agency reported on Tuesday.

The EU-Turkey deal to limit migrant flow and impose tighter controls at the Greek-Macedonian border were among the factors that contributed to the sharp fall in numbers, according to the EU agency. Approximately 22,500 migrants landed in Italy in June, a 24 percent rise from May. The tally for the January-June period, 69,500, was slightly below the figure recorded in the first six months of 2015, Frontex said.

The most common nationalities among the migrants arriving in Greece were Syrian, Pakistani, Afghan and Iraqi, while those in Italy were coming from Nigeria, Eritrea and Sudan, the border agency which is based in Warsaw reported. Meanwhile, Italy said on Tuesday that more than 2,500 migrants were plucked from overcrowded boats off the coast of Libya on Tuesday and one body was recovered as people smugglers operating in Libya took advantage of calm seas and warm weather. A coast guard spokesman said the smugglers had sent at least 26 boats toward Italy, the latest in a tide of migrants fleeing war and poverty in Africa, the Middle East and Asia.
Last Update: Jul 21, 2016 1:34 am
RELATED TOPICS