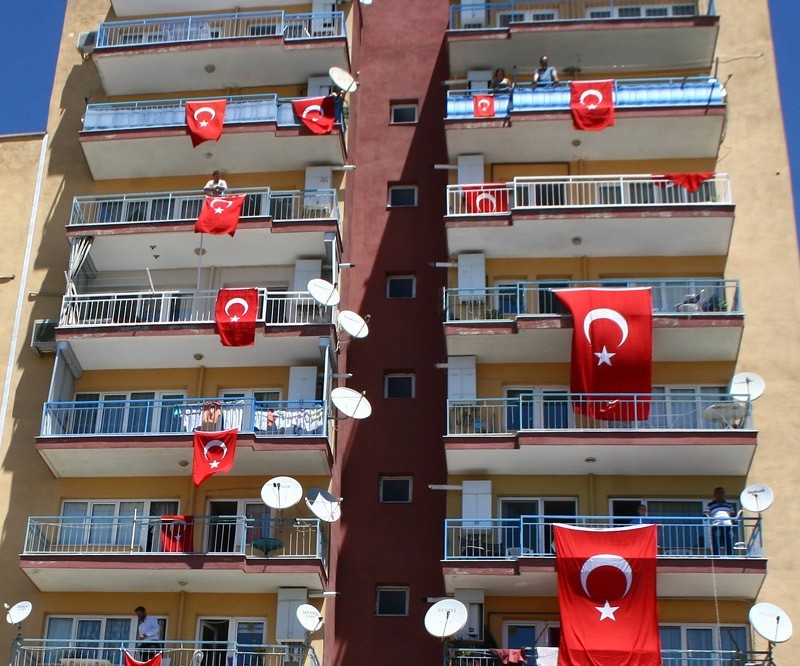 The mayor of an Austrian town has called on residents to remove Turkish flags displayed since the July 15 coup attempt from their homes, local media said.

Klaus Schneeberger, the mayor of Wiener Neustadt, around 50 kilometers (30 miles) south of Vienna, issued an open letter to Turkish associations and housing cooperatives calling for flags to be removed in the interest of integration.

"Wiener Neustadt is a cosmopolitan, tolerant city," he said in the letter quoted by the Kurier newspaper last week. "Due to the high influx of migrants, however, the issue of integration is one of the greatest challenges of our time."

He added: "I therefore call on all who flagged their homes or balconies with Turkish flags to remove them immediately. In Wiener Neustadt it's not about domestic issues in Turkey but about how we manage our city."

The flags were hung by ethnic Turkish residents to show their support for democracy in Turkey following the failed military coup, which resulted in at least 246 deaths.

Following demonstrations in support of Turkish democracy in Austria, where around 250,000 ethnic Turks live, Foreign Minister Sebastian Kurz spoke out against "importing the political conflict to Austria."