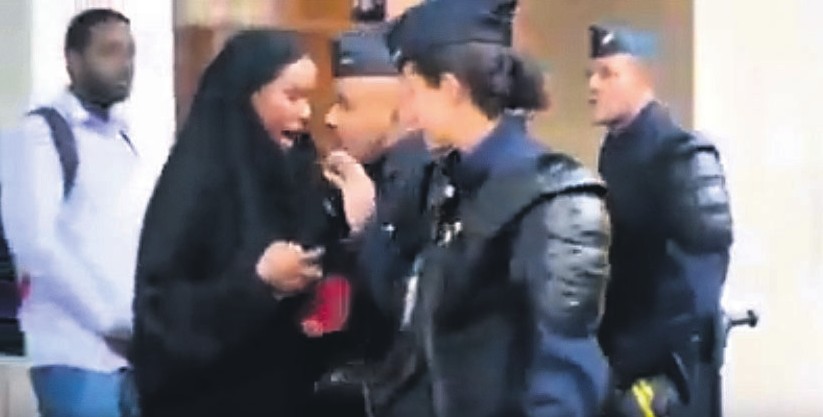 by Daily Sabah Jul 29, 2016 12:00 am
A video taken in Paris shows a Muslim refugee women shoved by French police who had dismantled a refugee camp, in an example of the maltreatment of refugees in Europe.

According to Al-Jazeera, the woman was staying in the camp, which housed 2,000 migrants in northern Paris and was disassembled on July 22. She wanted to take some of her personal belongings but the police refused her request. The video shows another officer mocking her as she starts to cry.

According to the journalist who shot the video, one police officer kicked her stroller while talking with her.
RELATED TOPICS