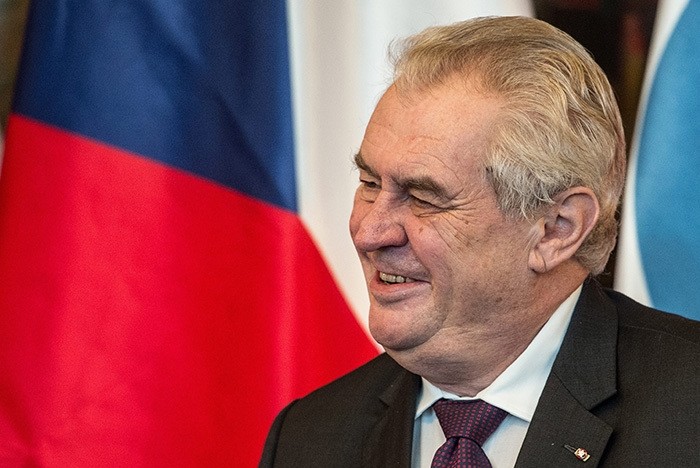 Zeman, who holds a largely ceremonial post, is the country's most vocal opponent of immigration, opposing even the government's modest plan to take in 80 Syrian refugees this year, a tiny proportion of the millions fleeing the civil war.

"Our country simply cannot afford to risk terrorist attacks like what occurred in France and Germany. By accepting migrants we would create fertile ground for barbaric attacks," Ovcacek said.

"The president does not agree with any acceptance of migrants in the Czech territory."

The Czechs and other central Europeans have been the most critical of the European Union's response to the unprecedented refugee crisis in which over a million people entered the bloc last year.

The government opposes an EU quota system to re-distribute asylum seekers but has not followed Slovakia and Hungary in challenging it in the courts. Hungary holds a referendum on Oct. 2 to ask its citizens whether they accept the EU system.

It is not clear how Brussels will be able to force those countries to take in refugees against their will.

Prime Minister Bohuslav Sobotka's government has agreed to taking in 80 Syrian refugees from a Turkish camp, something President Zeman opposes.

Sobotka said in a newspaper interview on July 30 that it was not possible to have uncontrolled migration but that using "collective guilt and saying every Muslim is a terrorist" was not the way to proceed in countering threats.

A CVVM institute poll in May found 61 percent of Czechs are against taking in war refugees, up from 52 percent last October. Another 34 percent said refugees should be accepted only until they can return home.