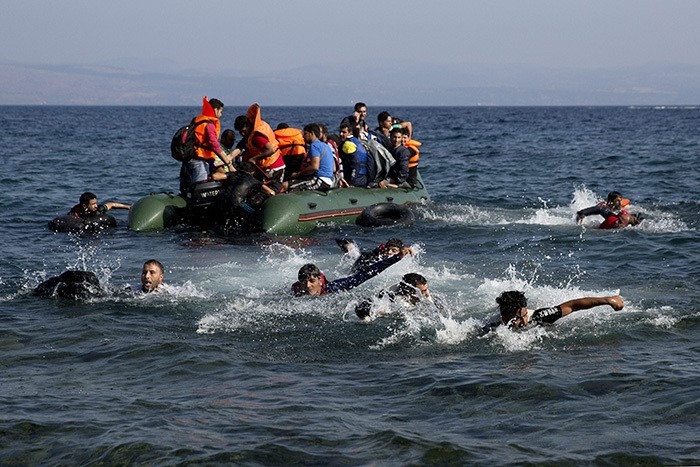 Global refugee deaths have topped 4,000 in the first seven months of this year, a 26-percent increase in the fatality rate compared with the same period of 2015, the International Organization for Migration said Tuesday.

The total of 4,027 refugee deaths this year includes those who perished crossing the Mediterranean as well as others who died on the North African route and at the Turkey-Syria border, according to the Geneva-based IOM.

Some 3,120 people have died since January 1 while trying to cross the Mediterranean Sea. The most deadly route has been the crossing towards Italy, which has cost 2,692 lives, followed by the routes to Greece (383) and Spain (45).

IOM raised its Mediterranean death toll on Tuesday after 33 more bodies were discovered in recent days off the Libyan coastal town of Sabratha.

The new IOM figures brought the number of bodies that have washed up in Sabratha to 120 over the last 10 days.

Neither IOM nor Libya's coastguard -- which first reported the Sabratha deaths -- had details on whether the fatalities were caused by a single shipwreck or several accidents.

IOM spokesman Joel Millman said those who perished were likely trying to make the treacherous journey to Italy.

Aside from the Mediterranean, North Africa has proven the deadliest place for migrants this year, with 342 fatalities.

Some refugees passing through the region have been killed by people smugglers or "national authorities", IOM said, warning over the rise in violent deaths of migrants on the North African route.

The number of deadly attacks on migrants and refugees among Syrians seeking transit through Turkey has also spiked.

IOM cited reports that 64 Syrian asylum seekers have been shot dead by Turkish border guards since the start of the year.