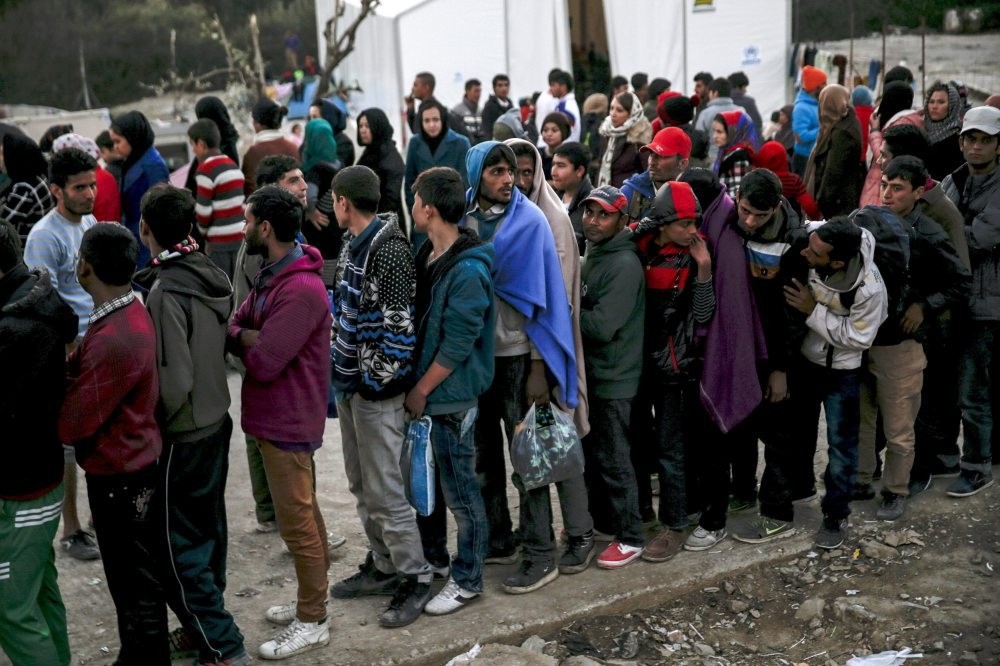 The report said the Guardian saw two conversion forms that were distributed to people held at the Moria detention camp. According to the report, the forms require a signature under the statement reading:"I know I'm a sinner… I ask Jesus to forgive my sins and grant me eternal life."

One of the Muslim asylum seekers from Damascus said the aid workers were trying to distribute the forms during Ramadan, the holiest Muslim month.

Another Syrian, Ahmed, was quoted as saying, "We like all religions, but if you are a Christian, and I give you a Quran, how would you feel?"

The report said asylum seekers claimed that the forms were distributed by representatives of a Greek charity, Euro Relief, which is considered as the largest aid group in Moria. The group's director did not rule out the possibility of the distribution of booklets, saying individual aid workers may have distributed them but said the action is not acceptable and the organization will take disciplinary actions.

About 57,000 refugees and other migrants are living in camps or rented accommodation across Greece, which is a major entry point for people seeking a better life in the European Union.

The Greek Aegean islands have been the main gateways to Europe for migrants for the last two years. Since 2015, slightly less than 1 million refugees and migrants entered Greece by sea, according to United Nations refugee agency data.

The rate of arrivals has significantly dropped since March 20 when the EU and Turkey struck an agreement to discourage irregular migration on the Aegean Sea and to develop a mechanism to resettle Syrian refugees from Turkey in the EU.

Conditions at migrant camps in Greece, most of them overcrowded, have long been criticized by rights groups.

Similarly, the Horgos camp at Serbian-Hungarian border is another camp where sanitation conditions are extremely poor, there are few toilets and no bathrooms in the camp. The only water tap is mobbed by people trying to wash and do laundry.

The majority of migrants come from the Middle East and Africa. The turmoil in the Middle East and the civil war in Syria have led many people to flee the conflict and violence in an attempt to seek security and shelter in a more prosperous and peaceful country, such as one in Europe. Compared to Syria's neighboring countries, the U.N. refugee agency encouraged European countries to do more to share the burden of the international community in the migrant crisis.
RELATED TOPICS