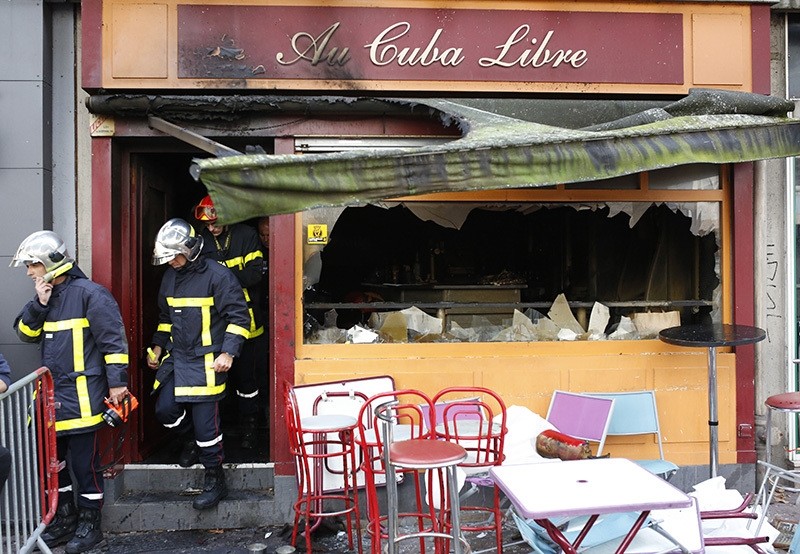 A fire swept through a Friday night birthday party at a bar in the Normandy city of Rouen, killing at least 13 people and injuring six others, French authorities said. (AP Photo)
by Aug 06, 2016 12:00 am

At least 13 people were killed and six injured in an accidental fire early Saturday during a birthday party at a bar in the northern French city of Rouen, officials said.

The blaze, which was France's deadliest in a decade, was sparked by the candles of a birthday cake. They appear to have ignited the polystyrene ceiling of the basement room where the celebrations were taking place.

The victims, who were primarily between the ages of 18-25, were poisoned by a toxic mix of gases released by the burning plastic. One of the injured was still fighting for their life.

"There wasn't an explosion, it was candles used for a birthday party," a senior police official told AFP.

Local official Laurent Labadie, who was at the scene of the fire, described the blaze as accidental.

The blaze started at around midnight at the Cuba Libre bar in the city centre, and the firemen were at the scene by 00:20 am (2220 GMT Friday). Its burnt facade and broken front windows were protected by metal barriers and police on Saturday.

"A fire broke out in a bar in the city centre of Rouen this evening, according to an initial investigation, 13 are dead and six are injured, and more than 50 firemen attended the scene," Interior Minister Bernard Cazeneuve said in a statement.

One of the injured was in a critical condition, the secretary general of the Seine-Maritime prefecture Yvan Cordier told AFP.

The blaze in Rouen was France's deadliest since September 2005 when an apartment building fire in the Paris suburb of L'Hay-les-Roses killed 18 people.

France has not seen such a high death toll in a night spot fire since a November 1970 blaze claimed the lives of 146 people, the majority of whom were their early 20s.