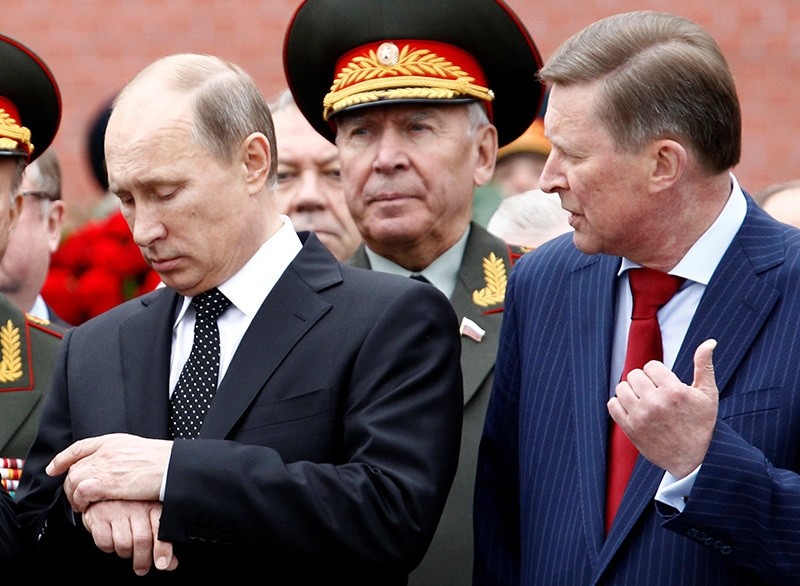 Russian President Vladimir Putin (L) and chief of President's staff Sergei Ivanov attend a ceremony marking the 72nd anniversary of the Nazi German invasion, at the Tomb of the Unknown Soldier in Moscow, Russia, June 22, 2013. (Reuters Photo)
by Compiled from Wire Services Aug 12, 2016 12:00 am

Sergei Ivanov, Russian President Vladimir Putin's chief of staff and one of his closest allies, was removed from his post on Friday.

Putin said on Ivanov himself asked to leave the position of head of the Kremlin administration, however, reports also suggested that he was sacked from his position.

Russian president said he was making the move at Ivanov's request because he had been too long in the job. Ivanov was also taken off the Security Council, Russia's top security body which includes Putin, chairs of the parliament and chiefs of security services.

Putin signed an order removing Ivanov from his job as head of the Kremlin administration earlier on Friday and appointed his former deputy, Anton Vaino, in his place. In televised comments, Putin said Ivanov had recommended Vaino to replace him.

State television on Friday showed footage of a meeting of Putin, Ivanov and Vaino.

Former KGB officer Ivanov, a former defense minister and deputy prime minister, has been seen as one of Putin's closest allies. Ivanov was considered a likely successor to Putin before Putin chose Dmitry Medvedev to run for president in 2008 when he was unable to stand himself due to term limitations.