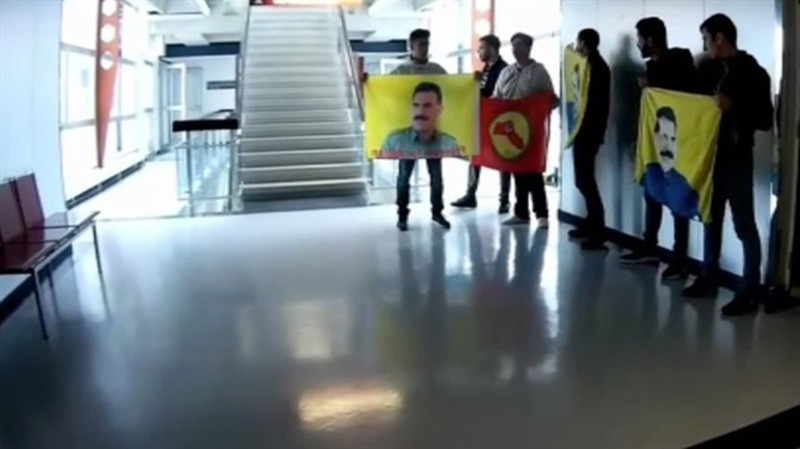 Around 15 sympathizers carrying PKK banners and chanting slogans for the release of the PKK's imprisoned leader Abdullah Öcalan gathered in front of the broadcaster's Küniglberg headquarters on Friday.

Some seven to eight protesters managed to surpass security right before the news bulletin at 6:00 p.m. local time.

The sympathizers asked for the network for their manifesto to be read during the bulletin.

Police units arriving to the scene brought the group outside of the building, preventing the manifesto to be read.

None of the invading party were detained, however, the broadcaster have pressed charges.