France and Germany want access to encrypted messages after attacks 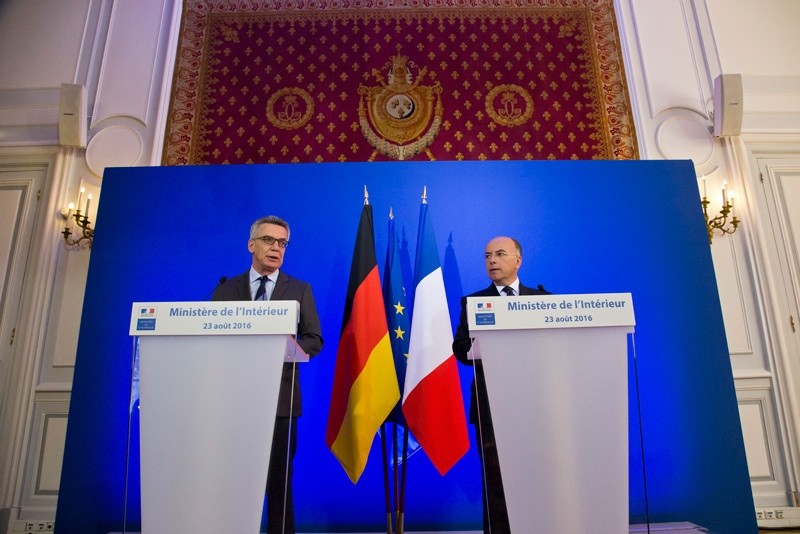 The French and German interior ministers said Tuesday they're pushing for a Europe-wide policy limiting encryption, and want it discussed at an EU summit in Slovakia next month. | AP Photo
by daily sabah Aug 25, 2016 12:00 am

France and Germany issued a joint call on Tuesday to be given access to encrypted mobile messages as part of terrorist investigations. A joint proposal by French Interior Minister Bernard Cazeneuve and his German counterpart, Thomas de Maizière, called on the European Commission to draft a law that would force operators of mobile messaging services to provide access to encrypted messages in terrorist investigations. The proposed legislation would also target EU and non-EU companies.

The aim is to monitor communications between suspected terrorists, and comes as France and Germany remain on high alert following multiple deadly attacks in both countries this summer.

Messaging apps such as WhatsApp, İMessage and Telegram, encrypt all data from the beginning to end of conversations, making the content accessible only to senders and recipients. As a result, these apps are more preferable for terrorist groups than mainstream social media.

Privacy experts and digital rights groups have already harshly criticized the proposal, as encryption also allows safe banking transaction and ensures that important information is kept private. Encryption of only specific content would stop all of the content from being fully private and lead to chaos in internet behavior.

The European Commission is expected to discuss the issue at a summit on security next month in Bratislava.