French court of state to rule on discriminatory burkini ban 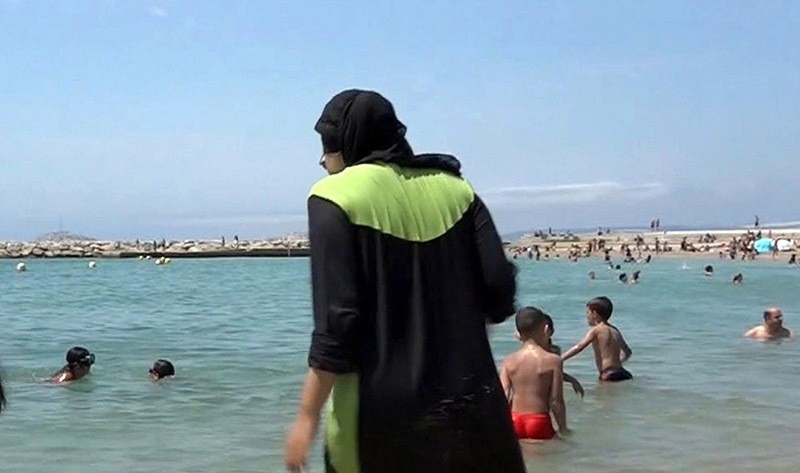 n this Aug. 4 2016 file photo made from video, Nissrine Samali, 20, gets into the sea wearing a burkini, a wetsuit-like garment that also covers the head, in Marseille, southern France (AP Photo)
by Associated Press Aug 25, 2016 12:00 am

Images of uniformed police appearing to require a woman to take off her tunic, and media accounts of similar incidents, have elicited shock and anger online this week.

Several towns in strictly secular France have banned burkinis this summer, but some fear they are worsening religious tensions.

Prime Minister Manuel Valls told BFM television that burkinis represent "the enslavement of women," but said enforcement of the bans must be handled respectfully.

Rights groups argue the bans are discriminatory and have appealed to the Council of State, which holds a hearing Thursday. A decision on whether to overturn the bans is expected within 48 hours.