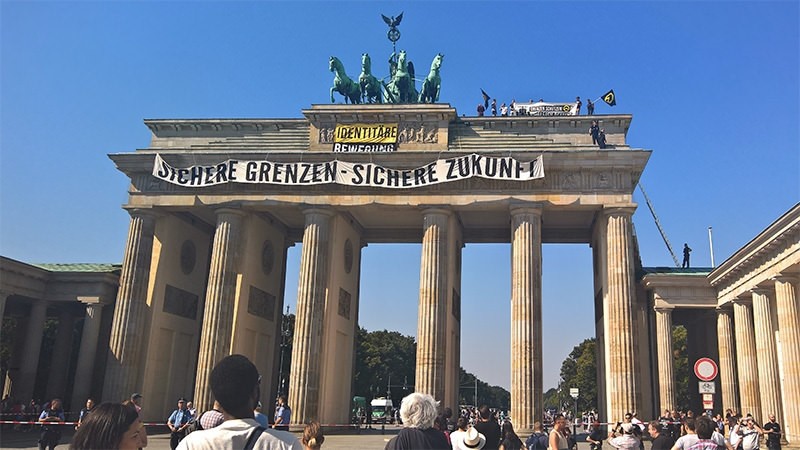 Members of the far-right Identitarian Movement scaled Berlin's Brandenburg Gate on Saturday and protested against the increasing number of Muslims in Germany via mass immigration.

Around 15 protesters spent about 50 minutes on top of the Brandenburg Gate, a short walk from the German parliament, before coming down, a spokesman for Berlin's police force said.

They hung a banner calling for "secure borders - secure future" from the structure and waved flags bearing the Identitarian Movement's black and yellow logo.

Flyers from the movement said Germans were "becoming a minority" due to immigration and urged people to take action against "Islamisation".

A poll this month showed just over half of Germans thought Chancellor Angela Merkel's migrant policy was bad.

Support for anti-immigrant groups has risen and the right-wing Alternative for Germany (AfD) is expected to do well in regional elections in Berlin and the eastern state of Mecklenburg-Vorpommern in September.

The Identitarian Movement is being monitored by the Germany's domestic intelligence agency. A spokesman for the agency said this month there were indications the group's activities went "against the free democratic order".